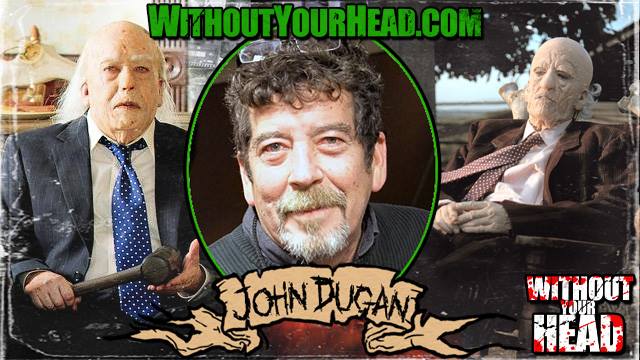 We opened the show with the musician of the month Barry Barmcake talking ukuleles, kazoos, The Wickerman, English food and horror !!!

Then we went over the "shittiest" villains, which was left open to interpretation.

Joining us for a surprise wa John Dugan, grampa of the original Texas Chainsaw Massacre for nearly 3 hours !!!

A true must hear edition of Without Your Head !!!