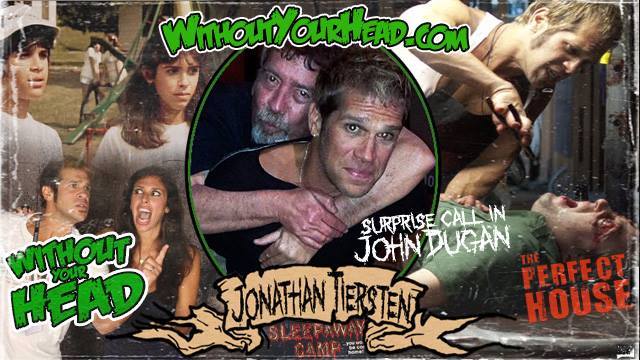 Jonathan Tiersten "Ricky" of "Sleepaway Camp", "The Perfect House" and the upcoming "The House That Wept Blood".

We opened the show with Jonathan Tiersten "Ricky" of "Sleepaway Camp", "The Perfect House" and the upcoming "The House That Wept Blood". Roughly 2 hour interview covered:
- Memories of Sleepaway Camp including the filming and release
- leaving Hollywood
- return to acting
- music career
- conventions
- debuting in the world of producing
- so much more including surprise call in with John Dugan, of Texas Chainsaw Massacre !!!

Jonathan will be our featured musician of the month for February, please check out his website for information on his music:
www.jonathantiersten.com

We were then joined by producer Zach Green and director Richard Powell of Fatal Films discussing:
- film school
- short horror film about cannibalism "Consumption"
- short horror film "Worm"
- upcoming short "Heir" and how to participate in the making via Kickstarter
- hopes on moving to features
- what films interest them
- anthology films
- much more !!!
- please visit the kickstarter page for information on donating to "Heir"