The Human Centipede trilogy director Tom Six will release one of his earlier Dutch films for the international market.

"What The F**k?!" is an hilarious black comedy about famous Dutch singer "Dries Roelvink" who is kidnapped by his two biggest fans to their trailer in the middle of nowhere. Not for an autograph but something completely different. The fat couples biggest wish is to have a baby of their own but the husband is infertile. Dries is forced to live with this gruesome couple until he gets the woman pregnant. The movie will be available soon with English subtitles on VOD and DVD. 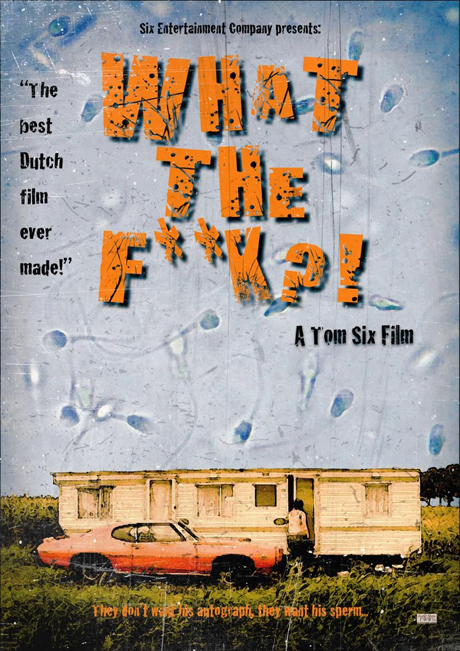