The "Citizen Kane" of underground movies - coming on September 29th! 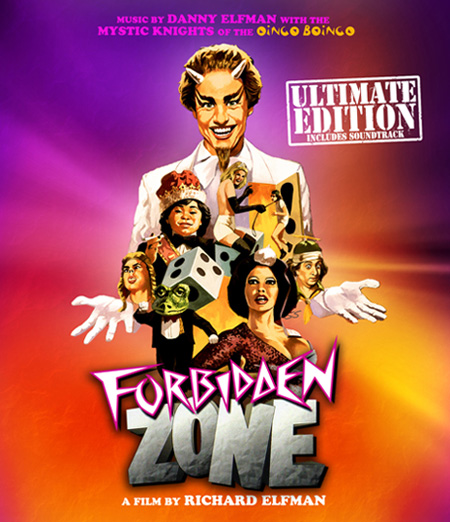 Elfman says:
"Forbidden Zone, the Ultimate Edition is coming shortly to DVD and Blu-ray from my good friends at MVD Entertainment. For the first time ever we include both the original black & white plus the new color version--all in sterling hi-def and state-of-the-art sound mix. There's a terrific booklet and loads of bonus features (including an utterly insane introduction by some idiot who looks a lot like me). I'm very proud of this best ever Forbidden Zone release! Officially Elfo-recommended!"