Two oh-so-wicked gems of the ‘70s hit DVD and Blu-ray this month from Full Moon Entertainment. 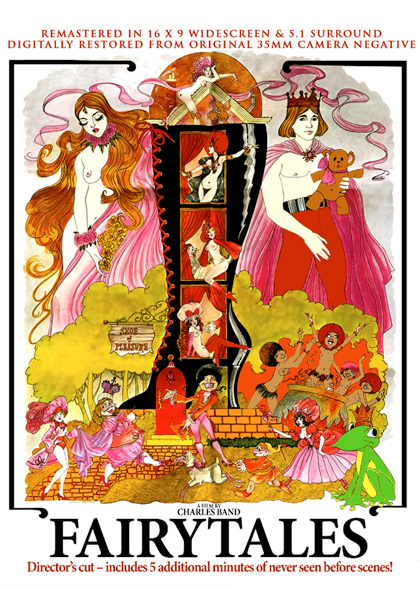 Kinky classic Fairy Tales (1978), starring “Scream Queen” Linnea Quigley in her first feature role, sees fairy tale characters Little Bo Peep, Old King Cole, Little Tommy Tucker, Snow White, and many others all grown up – embarking in dance, lust, and romance in a land where everything is possible and clothing is optional!

Restored from its original 35mm negative, and released on Blu-ray August 18 with spiffy new cover art, Fairy Tales is a titillating delight from the legendary Charles Band (Cinderella). 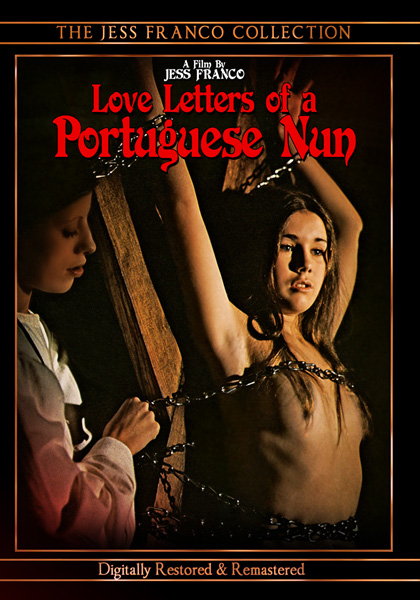 16-year-old Maria is forced into Serra D'Aires convent, secretly run by Satanists. Her confessor is in collusion with the Mother Superior. Maria is tortured, forced into sex with men, women, and the horned Devil, and told that it's all a bad dream. She writes a letter to God, and a Knight rescues her, only to fall into the hands of the Inquisition, put on the rack, and condemned to death like Joan of Arc.

The other releases in the Jess Franco Collection can be purchased at Full Moon Direct. Collecting the entire series of Franco films will result in the building of an exclusive Jess Franco painting on the spines of the DVDs.