Review of "Robot Wars" by The Headless Critic 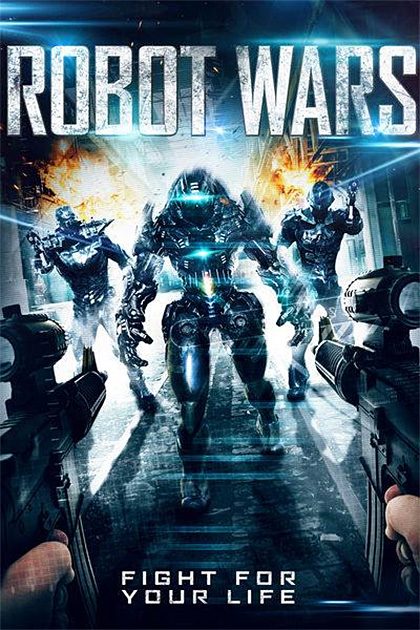 In a terroristic, dystopian future, a group of thief’s pull off a corporate heist, stealing a weapon of unspeakable power. The group must survive in a wasteland full of gangs and death squads coming after them for their stolen prize.

The futuristic Robot Wars reminds me a bit of a movie called Hardware from the early 90's. Only Robot Wars would be Hardware on a budget. That's saying a lot because Hardware didn't have much of a budget itself. Both movies are set in a dystopian future and both center around technology controlling our lives. Hardware ventured into the political aspects of the world, while Robot Wars covers more of a terroristic view of the future.

Definitely a low budget movie from the actors to the "futuristic" sets, Robot Wars tries to do too much with limited resources. The premise or script alone probably isn't the best one to select for a lower budget film. To their credit they did focus a lot on the humanity of the story they were telling instead of trying to dazzle with bad CGI. Oftentimes it seems more like a movie about surviving in a country at war or a society in anarchy than it does anything sci-fi, futuristic or about a Robot War, which does leave the title a bit misleading.

One of the most pleasing things I found in this film was their use of CG actually looks good for the budget, largely due to them limiting their use of it. The few robots actually seen in the film appear to be props. We even got a guy walking around in a robot suit at one point, which just made me happy. I could see the soul behind it and enjoyed several aspects of what they did, the premise just isn’t meant for a budgeted feature.