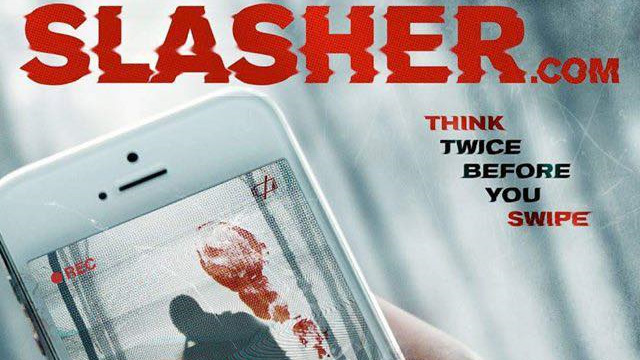 Review of "Slasher.com" by The Headless Critic 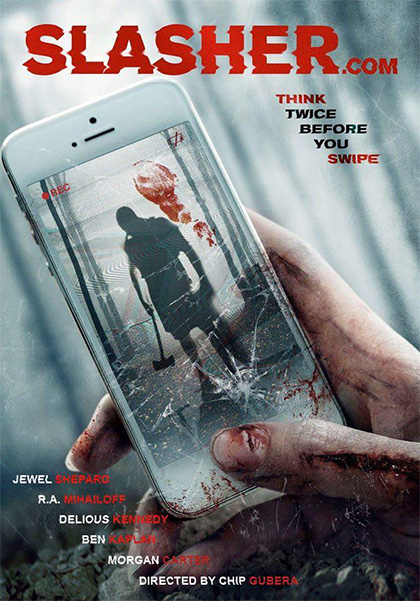 The premise of the movie is Jack goes on a first date with the over sexualized Kristy, in the form of a weekend getaway. I was tempted to call this a ridiculous premise but I currently have a young lady out there wanting to take me on a weekend getaway for our 2nd date.

The couples first date/weekend getaway is of course to a cabin in the woods. The cabins are run by an even more overly sexualized, evil couple and their adult 'daughter'.

It was nice seeing R.A. Mihailoff of Leatherface in Texas Chainsaw III fame. He's an interesting actor/former pro wrestler and biker, who's known to be cast for his size and look more than his acting ability. I felt he was the best actor in the movie.

His wife (Jewel Shepard) was a familiar face as well. Upon looking her up I realized I recognized her from the 80's skin flick Hollywood Hot Tubs 2 which she was on the cover of. I probably remembered her more for the VHS cover than the movie itself. She also played Casey in the more famous Return of the Living Dead.

Ultimately when dealing with low budget horror, they may not have the best actors or biggest budgets. You have to weigh the originality, creativity and passion behind it with other things it may have lacked in financing. Slasher.com looked surprisingly good. Quality camera and no complaints on cinematography. Even the score, which didn't fit the scenes at times was overall successful. The plot was thin with glaring holes. The 'twist' ending was very predictable. The movie itself was a spliced together script from several other slasher movies. Heavily influenced by Texas Chainsaw Massacre with shades of Friday the 13th and any hillbilly slasher movie can all be found here.

Where this movie failed greatest was the casting of its male and female lead. Not only are they two characters no one will care about but they're also the two worst actors in the movie. Except for maybe the cabin owners 'daughter'. She in particular is absolutely atrocious. As a Kentucky born boy I found this movies version of a Mint Julep personally insulting. I don't even like Mint Juleps but theirs didn't come close.

The movies redeeming qualities were the over the top, overly sexualized, evil cabin keepers played by the before mentioned Mihailoff and Shepard. They're straight out of the Texas Chainsaw Massacre family, over the top crazy. Of course it's 2nd rate crazy but they do have whatever was going on with that spoon.

I feel like the makers of this movie did their best. They need to work on there casting in the future. They definitely need to watch borrowing so heavily of the classics. If they want to be taken seriously, cut back on the gratuitous nudity. It didn't come off as paying homage to 80's classics. It came off as being an 80's B-Booby movie one would watch while staying Up All Night.