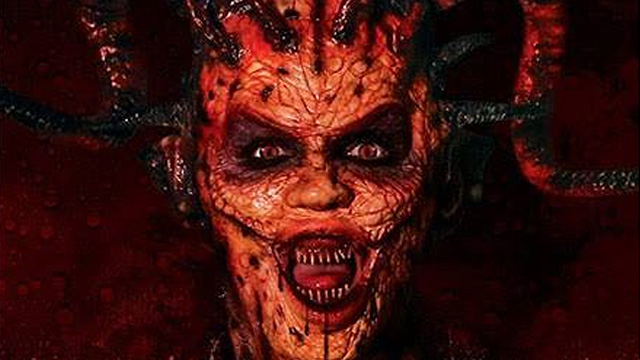 Review of "Devil's Domain" by The Headless Critic

Production by: Cleopatra Records
Distribution by: The Orchard 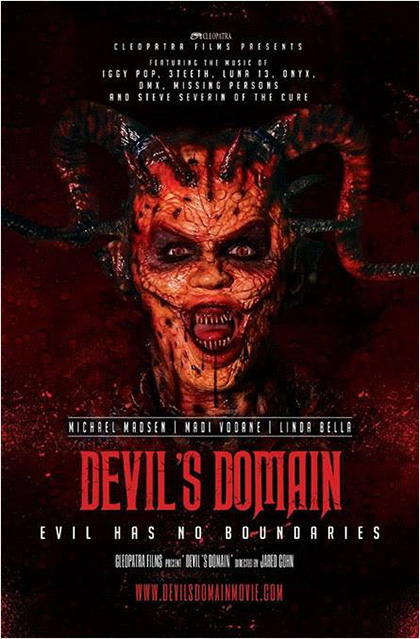 An interesting concept of a high school girl Lisa, who’s bullied into bulimia, self hate, self harm and depression. In order to get the acceptance, fame and revenge she wants, Lisa makes a deal with the devil. A sexy, female devil with a foreign accent of course. From there, Lisa with the Devil embark on a series of revenge acts on those who humiliated her. Think of the “classic”, Little Monsters when Fred Savage and Howie Mandel go house to house wreaking havoc in the middle of the night. Only this is the adult version.

The best way to describe my thoughts on Devil’s Domain is it’s a good idea with a sometimes poor execution. The bullying at school was at times horrifying, yet also over the top to the point of being unintentionally humorous. At times Devil’s Domain reminds me of the bad 80’s horror movies I love so much. There are a few kill scenes in particular which remind me of the later A Nightmare on Elm St. movies. Some of the kill scenes just seem wasted though. With a concept of a high school girl siccing the Devil on her enemies, the opportunity for a lineup of multiple kill scenes was there. Instead of capitalizing on this like Adam Green did with his slasher Hatchet, some kill scenes were good, some were missed out on and there definitely could have been a few more.

There are plenty of flaws in Devil’s Domain. Most are the over the top lines and bad acting. Nothing that’s not to be expected from low budget horror. The biggest flaw in the movie was the missed opportunity to be better. At times there are glimpses of a much better film. The lead actress and her male love interest both did a good job. While I was resistant to the sexy, foreign, devil at first, she’d won me over by the end of the movie. Though they used bad CG at times, the make-up and devil suit at the end looked wonderful.