Review of "The Control Group" by The Headless Critic 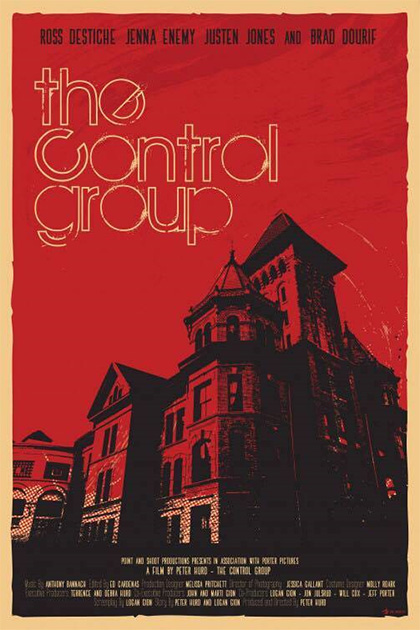 Thrown into the story, you have to play catch up on from the beginning. The premise is a group of coeds are trapped in a mad scientists maze of psychological torture. The "kids" have all been drugged to induce horrific visions of things that aren't there. Leading to a nightmare of a movie.

Often times reminding me of A Nightmare on Elm Street 5 or 6. Little is real in this dream world but you can still die. They also used stop motion to capture some of their effects which I loved and wished there was more of. Unfortunately there's no Freddy Krueger and majority of comedy either isn't there or is unintentional. We still have 30 years olds playing coeds, complete with bad acting, weak storylines and kill scenes.

Unlike the late 80's early 90's cult series, The Control Group includes many flashbacks to cover the story we missed out on in the beginning. They also included some horrible CG. Luckily it's in small doses. Even electrical sparks and smoking bodies are unforgivable if the effects are bad. Did the colored eyes used throughout the movie really need to be animated? How much are colored contacts? Really?

Brad Dourif is too good of an actor to be in this movie. The voice of Chucky really showed his acting chops in Deadwood. He's one of Hollywoods many underutilized actors. He and possibly the little ghost girl Anne are the only two in the film that didn't seem like actors just delivering lines.

There were a couple of enjoyable spots like the Beetlejuice elongated bird faces. Up close they didn't look so great but from a distance I'll always find those enjoyably creepy. Overall the poor acting and animated effects took me out of what might have otherwise been an enjoyable movie.