Review of "Beacon Point" by The Headless Critic 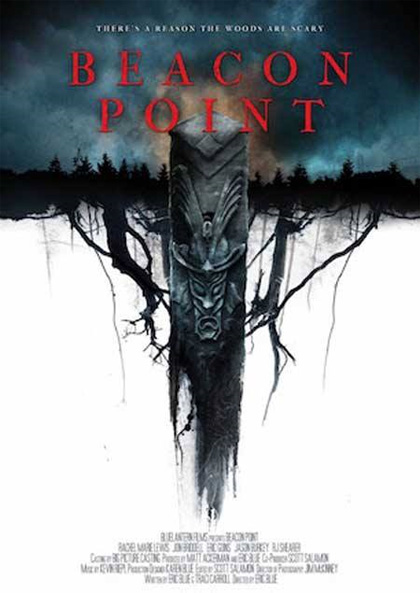 A guided hike through the Appalachian mountains turns into a psychological fight for their lives when this tour is guided to an ancient force bent on doing them harm.

Beacon Point doesn’t fall victim to a few horror movie clichés. It’s filmed well with a descent cast of unknown actors. While at times some scenes are shot more like a commercial or tv show, overall the film quality is there. The beautiful scenery of the Appalachian mountains is definitely captured on screen. A cast of unknown actors in a horror movie usually means some cringe worthy scenes. While the dialogue could have been written by someone who’d never had a conversation to reference from, overall the actors did well with what they were working with.

The movie fails to provide realism. From the poor dialogue to the consistent bad decision making of the characters as the story progresses. Throughout the history of horror films, people die due to bad decisions. There’s a difference in making a bad choice that leads to your untimely demise and what Beacon Point offers up which is completely unrealistic decisions. Example, "Oh, I just killed someone? Why not go on a ten day hike." Or, "Oh, there’s numerous humans and animals dead on this trail? Let’s keep on down the path we were going. It seems safe." All delivered with dialogue just as unrealistic.

Beacon Point just failed to hold my interest. In order to care about people dying off in the woods, I need to care about a character. Everything was so unrealistic and with characters too unlikable. Plus it all just fell apart at the end for me. I give them props for their visuals. Though there wasn’t much range the poorly written lines were delivered well.