Review of "Breakdown Lane" by The Headless Critic 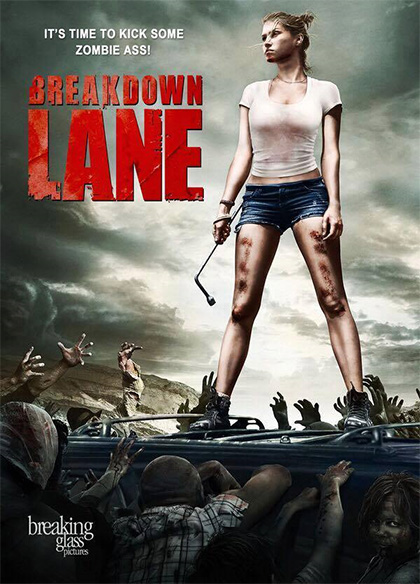 A young woman’s car breaks down in the middle of a nearly deserted desert just as the zombie apocalypse happens in the outside world. From camera shots to common sense, there’s very little in this movie that’s executed well.

I’m not sure if the filming style was done intentionally. The angles of the shots and overall darkness of the movie liken to the poorly filmed exploitation movies of the 1970’s. While it’s possible this movie was filmed with the inspiration of that genre or even Texas Chainsaw Massacre, it probably isn’t. I did enjoy the grittiness of the film on some level but it was overall poorly executed. Quentin Tarantino is an inspired filmmaker of that era and his movies pay appropriate homage while still looking good.

The basics of common sense was lost on almost everything in this movie. From the characters decision making, to the laws of biology, down to common sense of movie making itself. For instance, you don’t film half an actresses head during speaking scenes unless it’s done intentionally for a reason. What is with the random cuts to comic book strips? Maybe I missed the whole point of this movie. Or maybe the whole point of the movie was just a miss.

As to the main characters decision making. I realize a car is a barrier between you and the zombies. It may even keep you a little warmer at night. In what world is an average size girl pushing her SUV through the scorching desert, with limited water, on her quest to find civilization? That would be the zombie world of Breakdown Lane. Who escapes their exile from the zombie desert, hellbent on saving their OnStar guy? I guess he was the reason she hauled an SUV through the desert but does she really have nothing else to live for?

The main character herself seemed like an emotionally stunted child. Happy one moment and sad the next, she was almost bi-polar. When a group of men threaten to rape her, the lack of terror she displayed made me think she was going to be some kind of martial arts badass who knew she’d be able to defend herself. Instead she barely escapes. This leaves me to wonder if she didn’t understand the seriousness of the harm that was about to be inflicted upon her (doesn’t know what rape is) or perhaps she was okay with it happening. I guess it could have simply been another underplayed scene that didn’t capture the true horror of what was going on in the world.

Don’t be fooled by the intriguing movie poster as I was. I can’t recommend this to anyone. Extremely amateur filmmaking on all levels.