Review of "Asylum of Darkness" by The Headless Critic 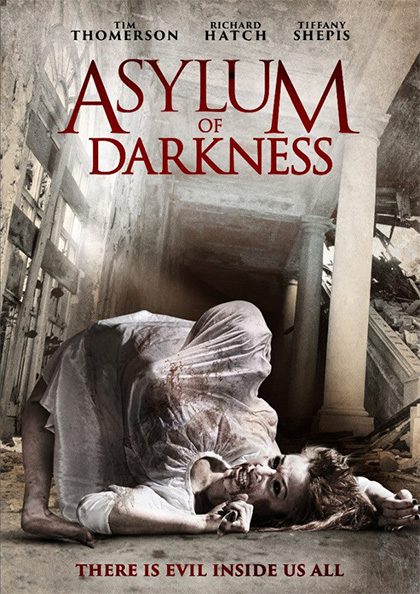 An interesting journey into the disturbing mind of an insane asylum patient with an upbeat ambiance. Little did our patient know that once he escaped his confinement with the mentally deranged, the outside world would be more insane than an asylum of the demented.

Imagine a movie where you never know what’s going to happen next. They can take this movie anywhere, without explanation, because everything that’s happening is from the mind of an insane man. That provides incredible freedom to the filmmakers where the possibilities are only limited by the creative minds behind it. What we ended up with was a movie that felt like a segment of Creepshow. Possibly even a story from Twilight Zone or Tales from the Crypt. This movie, is simply insane.

It has one of the most peculiar score I’ve ever heard. It adds to or is the reason behind, every word I’ve used to describe this film so far. The score doesn’t fit this movie at all, yet adds so much it cannot be replaced. It’s like walking through a funhouse of terrifying clowns while they play music from a Jack-in-the-box or the back of an ice cream truck. A wonderful combination of creepy.

Asylum of Darkness was a wonderful time travel experience. A perfectly shot throwback to the 1990’s horror television style. It has a good cast, top notch score, appropriate corniness and a keep you wondering storyline. Television from that era could only be so good. However, for someone to duplicate it so much later, I don’t think I’ve ever seen it pulled off better. It genuinely looks and feels like it time traveled from 25 years ago. That kind of nostalgia isn’t easily found in film. Many try to duplicate various era’s but it’s seldom successful. The humor, corniness and lack of a simple storyline may not be for everyone. For those older horror fans, I think you’ll at least find some appreciation in this film.