Review of "Havenhurst" by The Headless Critic 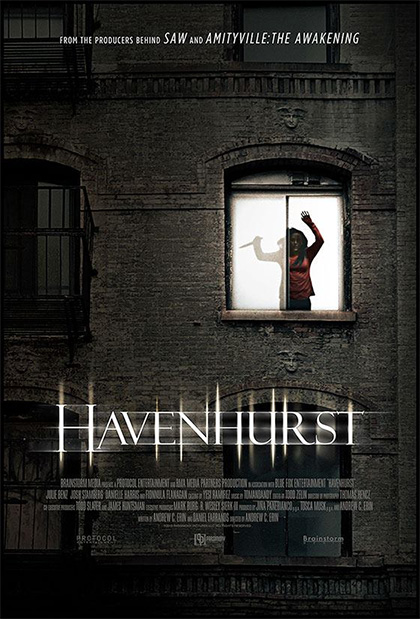 This was my kind of horror film. From the opening scene, scream queen Danielle Harris shows off her lungs in an intense fight for survival. Which is what she does best. From there we’re immersed into the story of the rehab apartment complex known as Havenhurst. Danielle’s friend Jackie played by actress Julie Benz (Rita from Dexter) checks herself into Havenhurst to find her friend. Jackie not only unravels the mystery of her missing friend but also the mysteries of Havenhurst itself.

Without giving too much away, Havenhurst plays off a true story all horror fans know and many of us have waited for a good movie to be made about. Similar to how horror fans would love to see a good, realistic telling of Vlad the Impaler or Elizabeth Báthory. This story isn’t the realistic telling. Instead it’s an Ed Gein inspired Psycho or Texas Chainsaw Massacre. It basically borrows from the real life tale, while executing a cookie cutter horror movie.

There are several excellent performances in Havenhurst. Besides our scream queen, the movies oldest and youngest actresses provide some of it’s best. Fionnula Flanagan (The Others, Lost & much, much more) gives an appropriately sophisticated, mysterious and creepy performance as the Havenhurst keeper Eleanor. Child actress Belle Shouse does as well as any kid in a horror film, ranging from reluctant detective to being terrified in some intense, realistic scenes.

Being a cookie cutter horror film is what makes Havenhurst so fun to watch. It doesn’t get too deep. It’s not enamored with itself. It sets up a premise and it has fun. It purposefully falls victim to horror movie clichés, without making fun of them. It stays a horror film, focusing on the mystery, blood and kills. The film quality, acting, score, deaths and pace of the film are on point. The script may have been weak but it's a horror movie. The reveal came a little early in the film but most would already be making the connection. This is still the kind of horror movie I'd be happy with seeing in theaters. I even enjoyed the ending.