Watching Movies - Call of the Wolf

Review of "Call of the Wolf" by The Headless Critic 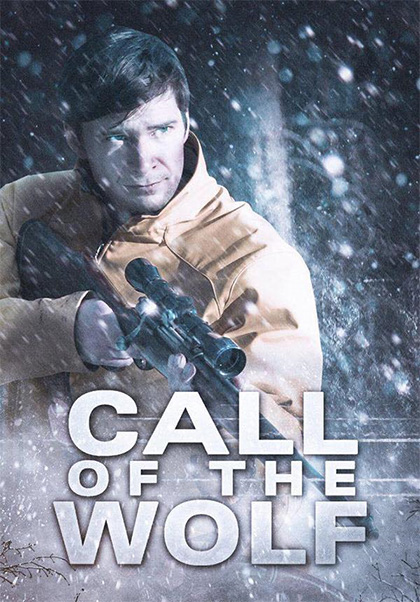 The perfect set-up for a low budget thriller. Call of the Wolf works within a wooded setting, has a three person cast and a basic thriller premise. Lester played by Aleksander Ristic, awakes in an unfamiliar cabin in the woods. He quickly realizes he's been abducted and is at the mercy of a gun wielding madman with unknown intentions. It's a fight for survival against the elements of his isolated location and the abductor who stranded him there.

I love the simplicity of this film. It reminds me of the great sci-fi movie the Cube. It's a excerpt of a horrible event in this man's life where you don't necessarily get the full picture. Not every movie has to be complicated or have a large cast.

When you're basing your movie on a character driven story, you need to have two things. A good character and a good story. While I don't have many issues with the simple story of Call of the Wolf, the lead character Lester is absolutely awful. Parts of Lester's character are done intentionally to show his growth throughout the film. It was the execution that had me cringing, uncaring and at times wanting him to die. The acting is so over the top. It's almost as if a stereotypical nerd was asked to play a nerd but didn't know he already was one. So he goes all out, throughout the film making an unrealistic interpretation. The performance reminded me of the talented Crispin Glover when he plays comically insane though this was in a serious role. Lester wasn't meant to be slapstick yet he came off that way, while still not being humorous.

The Wolf character was hard to watch as well. While this character was executed better by actor Mathew Oliva, the name and his dialogue was lacking. Out best performance was from the shortest lived actress Cynthia Bravo as Viviana. I would have much rather followed her capture into an isolated winter woodland than the annoying Lester.

It's extremely impressive this movie was made with an estimated $20,000 budget. I honestly don't know that I've seen a better quality film on a budget like that. It looks professionally done. The dialogue of the script did need some touch up. There are so many good actors out there who would work for peanuts on projects like this. It's a shame that a film this beautifully shot was almost ruined by one poor performance.