Review of "The Search for Weng Weng"
by The Headless Critic 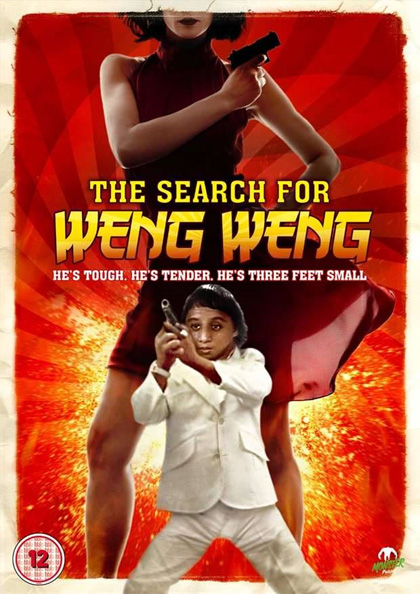 In the martial law era of the Philippines in the 1970’s, the countries film industry rose to become the second largest in the world to the U.S. In a push to make the Philippine film industry even larger, the country put on it’s largest film festival to date. Out of all the arthouse Filipino films shown in the festival, it was a little action, comedy, spoof of James Bond movies that sold to an American distribution company. In that movie, two foot, nine inch actor Weng Weng starred as Agent 00.

During his short time making movies, Weng Weng only acted in a handful of movies. Only a couple of those films made it out of his home county. Many years later, the creator of the cult Australian Trash Video store became fascinated with the Weng Weng films. After many years wondering, Andrew Leavold embarked on a seven year journey in The Search for Weng Weng.

The center of any documentary is the subject it’s exploring. Without ever hearing him speak a word, Agent 00 Weng Weng is one of the most interesting anomalies in all of cinema. Not only does this documentary explore why the world loved these low budget movies and the man who starred in them, it also explains the Filipino film industry of that era, and the people who played a part in it. The passion documentarian Andrew Leavold has for these films comes across onscreen as he searches for a larger than life, miniature movie star.