Watching Movies - Deep in the Wood

Review of "Deep in the Wood" by The Headless Critic 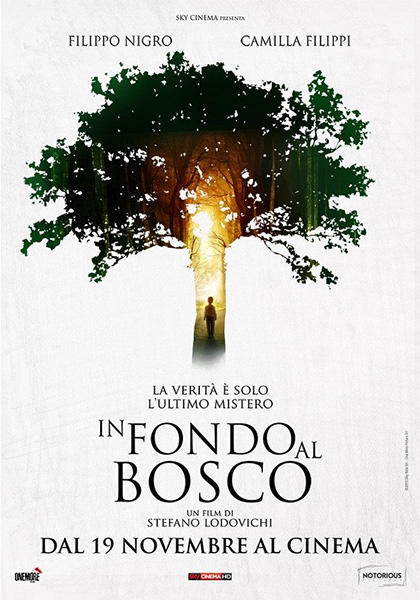 A couple must learn to cope with the loss of their young son after he goes missing during a festival. A few years later when their son reemerges, the couple should be relieved. The mother of the missing child cannot accept the reality of her baby being back in her arms. This Italian import, successfully creates a reason of doubt as mother denies her child. What if he’s not her baby?

Perhaps it gets lost in translation but Deep in the Wood will successfully leave you guessing. Not only to the truth of the unforgotten son but also to the origins of the evil lurking behind the surface of the story. The movie teeters on the verge of monstrous, demonic and realistic for the majority of the film. It could have taken any direction. The outcome of the directional path chosen at this films crossroads is perhaps most chilling of all.

It’s hard to judge acting with a language barrier, but nothing stood out to me as bad. There were some beautifully shot scenes. Even more scenes provided creepy visuals to please horror fans. There were even some scenes a furry might love. At times it felt like scenes were being shot for the visual alone. While it may not have fit perfect with the continuity of the story, it also didn’t affect the movie enough to matter.

A fine foreign horror film for any scary movie fan. If you don’t like reading subtitles, this one’s good enough for an English version that’s doesn’t quite capture the essence of the original to possibly be made in future. In other words, go check it out.