Review of "Delusion" by The Headless Critic 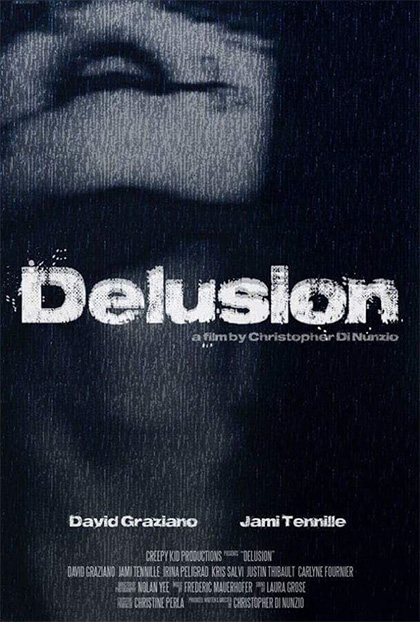 Three years after her death, Frank (David Graziano) receives a letter from his wife. After struggling since her death, Frank decides it's time to move on. Sheltered in his grief, Frank gets a new lease on life and a little more than he bargained for when a new love interest enters his world.

Sound, lighting, cinematography, story and camera focus all get a little lost at various times in this art house horror flick. Long shots of the abstract set an artsy pace which will be slow for most horror fans. Psychological ghost story mixes with real life terror in the films culmination after a long awaited payoff.

Lead actor David Graziano heads almost every scene in the film. His performance was at the bottom of otherwise surprisingly good acting for such a low budget film. Justin Thibault even delivers a real world, believable performance as the nephew Tommy. Impressing enough to make the movie feel like a reality show in it's opening.

One of the things I enjoyed most about the movie was it's casting of actors who look like real people, which is a nice change from the usual Hollywood models. I will not leave you under any delusions, Delusion will probably please arthouse indie film fans more with its fractured reality than it will the horror community.