Review of "Lake Alice" by The Headless Critic 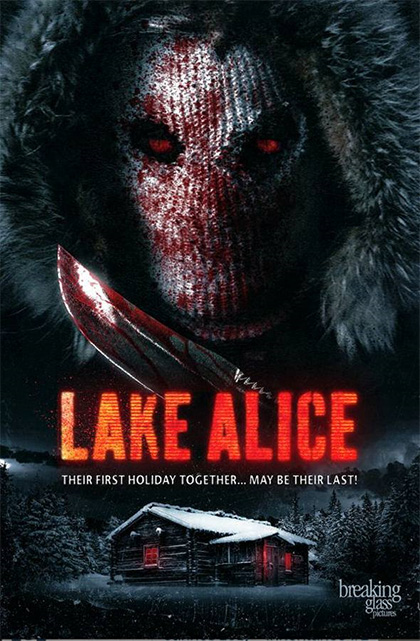 An admirable first attempt in this winter horror, that’s not your typical fun loving slasher flick. In Lake Alice the Thomas family ventures to their cabin in the woods to celebrate the first Christmas together with their daughters newest boyfriend. As the tagline says, “Their first Holiday together… May be their last!”.

Lake Alice provides a more realistic story than standards slasher films with a bit of an early 1970’s feel. A time before our on screen serial killers became mass murdering madmen like Voorhees and Myers. Instead, we’re given a glimpse into a night of terror for the Thomas family. While I enjoyed the realism of the film and the movies simplicity helped with that, it was also a bit unrealistic in other ways which is off-putting. This was probably due to budget of a first time filmmaker but it was still there. The story itself throws no curves. This would be expected of a real life event but rarely found in movies. Our masked villains are mostly realistic but a bit too simplistic with their knit cap winter masks and basic intentions. While fitting, it does leave the viewer wanting.

The performances of the cast range from awkwardly over the top, to dead on seriousness, sometimes by the same character. When a character I won’t name is burned to death, the performance starts unrealistic, making you think you’ll get a non-serious horror kill. Then the actor (Michael Shamus Wiles) reels in his performance on a note of seriousness which makes you feel like a horrible person for ever thinking you’d enjoy his characters death. Which is a good metaphor for the overall feeling of the movie.

Still a good first film effort. As the Holiday Horror season approaches and Hollywood usually lacks in winter themed scares, this may still be one to add to your winter watching lists.