Review of "Alien: Covenant" by The Headless Critic 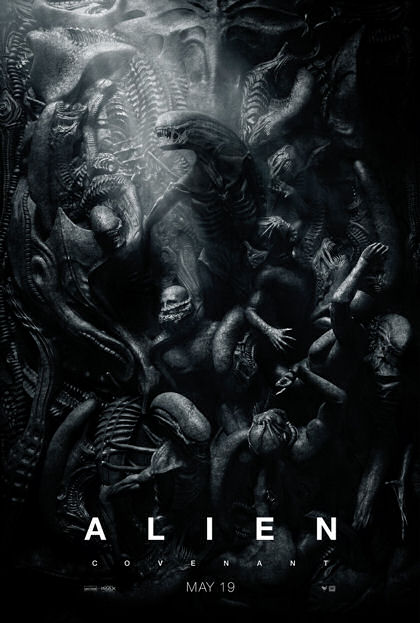 A film filled full of plot holes, including a literal missing hole from it’s plot. Bridging the gap between Prometheus and Alien is Ridley Scott’s latest prequel sequel Alien: Covenant. In Covenant, the crew of a colonization ship bound for a remote planet which will sustain life, gets detoured by a familiar signal in a part of space where there shouldn’t be any more earthlings. Per usual in horror movies, the helpful explorers get more than they bargained for.

The opening of the film focuses on the creation of the synthetic android David. Though synthetics have played an integral part of Alien movies, they’ve never been the primary focus. This leaves the viewer wondering when “Alien” became “Android”. As the film progresses, the early part of the movie is promising. There’s a horror familiarity of the crew being awakened from hypersleep when the shipped is damaged. While doing repairs they receive a signal of earthling origin from a nearby planet that’s not earth. A few bad decisions later, our heroes are put in danger and our Alien movie is on.

The film peaks within it’s first 30 minutes in a performance from Amy Seimetz as Faris. She plays terrified perfectly as first blood falls. Her performance sucks you briefly into the trapped, terrified, hopelessness of the original Alien movie. When that performance blows up, we’re left with a film with a target range full of plot holes.

The problem movies like Alien, Star Wars and Star Trek face, making prequels 40 years after the original is while our technology has advanced in making movies, the world you’ve created in your film should not have. My biggest issues with Covenant is the technology has advanced, the Aliens have advanced and all twenty years before your original storyline. I could go on into my issues with unrealistic, unprofessional decision making, venturing unprotected onto a planet with unknown animals or diseases, black spores infecting people with Alien babies, easily destroying your creators, creator and so much more. However, I’ll just go into detail of one of the many holes in the film that bothered me most which was the lack of a literal hole. ***Spoiler Alert*** at the end of the film when our heroes escape the wrath of Aliens, I was continually looking for the whole in Walter’s chin to prove he’s David. When there was no hole, I accepted him as Walter. When it’s revealed he is in fact David, where’s the literal plot hole?

The film is beautifully shot with some interesting characters and solid performances including emotional scenes from lead actress Katherine Waterston and the aforementioned Amy Seimetz. H.R. Geiger’s 1970’s Alien still looks far better than the props and computer animated lifeforms created for Covenant. This 2017 incarnation is definitely the fast moving zombie movie of the Alien franchise. Someone needs to re-teach big budget Hollywood the power of a slow progressive storyline with meaning and that most times less is more. Your entire audience doesn’t have ADHD and the young ones who do are probably downloading your movie illegally anyway.