Review of "Gremlin" by The Headless Critic 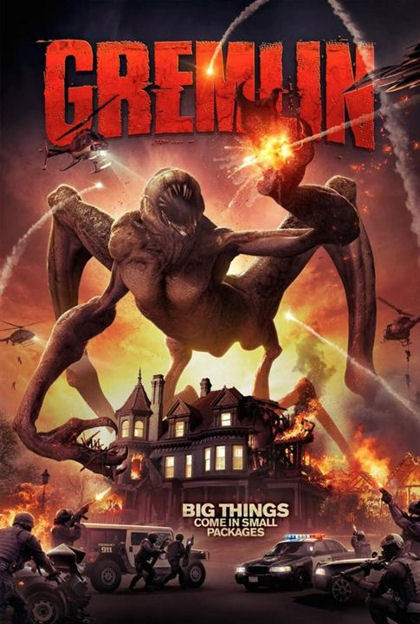 Capitalizing on the name of the 1984 hit and the possibility of a sequel or remake in the near future, Gremlin is no adorable Mogwai. A Jack In the Box size version of Lemarchand’s box is passed from loved one to loved one like the STD ghost in ‘It Follows’. Gremlin follows the story of one family who receive this timed puzzle box and the creature feature it contains. It may not be the gateway to hell but it is the kennel to CGI monsters. Unless the family passes the box onto someone they love and continue the never-ending cycle, the box Gremlin will kill them in the worst CGI way imaginable.

I’m no fan of the mass produced, poor CGI, no budget movies that have become known as Syfy movies because of the channel that supports them so much. I do know that they have their fanbase. This is a movie for those fans. Gremlin is filmed well as far as camerawork and cinematography are concerned. The dialogue in the film is unrealistic and the majority of the performances are bad. I don’t know if this is done intentionally or not. The real weighing factor is the computer graphics. While it’s obvious CGI, it’s limited to the miniature creature, a little gore and the culmination of the movie where they go all out. While not my genre, it's from the writer/director of Army of Frankensteins Ryan Bellgardt. I suppose if you're a fan of that or of Syfy movie in general, this is your kind of film.