Review of "Death Pool" by The Headless Critic 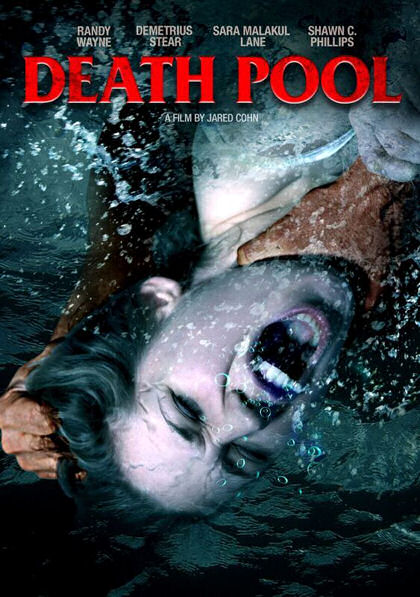 Child abuse has lingering affects in this killer movie based on a true story. Babysitter gone wrong gives Johnny Taylor (Randy Wayne) a horrible fetish. When he sees an attractive woman, he wants to drown her. Johnny gives in to his long repressed drowning desires and the body count rises with the water filled lungs of beautiful women.

This is my third review of director Jared Cohn’s films. He’s setting a lightning pace of twelve movies completed in the last two and a half years. I enjoyed several aspects of the 2016’s Devil’s Domain. It had some good performances and I especially enjoyed the movies finish. 2016’s Evil Nanny surprised me in a Lifetime channel style story, that I actually enjoyed. Death Pool seems a little rushed. His camerawork isn’t up to par with his other two films. I enjoyed the movies score but it was often times out of place. I found this humorous but I'm not sure it was the desired intention. The overall concept was good and I liked that they showed the childhood drama that lead to the killer everyone loves. They didn’t delve deeper into any backstory than the opening scene, nor did they need to. However the acting in the film is all over the place. Some performances are good while others are really bad. The dialogue wasn’t very realistic, which doesn't help. The film in general seems rushed and is perhaps what lead to those cringeworthy scenes.

The bodies hit the floor or at least the water, in this L.A. party scene of a movie. It definitely has a body count. Drownings are a perfect way to kill in a low budget film as there’s no need for expensive effects. Even if you have to drown them in the kitchen sink or a toilet. In fact I give the movie huge kudos for staying away from any computer graphics or practical effects. It’s a simple story of fetish drownings including a romantic scene of necrophilia. They play their necrophilia tame for what it is but it’s still slightly creepy and laughably enjoyable.

Jared Cohn is earning a reputation for himself directing a lot of horror films. I’d like to see him slow down and focus on the quality of the films instead of the quantity. While this is the first of his films I didn’t particularly enjoy, it did have some good stuff in it you might want to check out. For all you dead body lovers out there.