Review of "The Mummy" by The Headless Critic 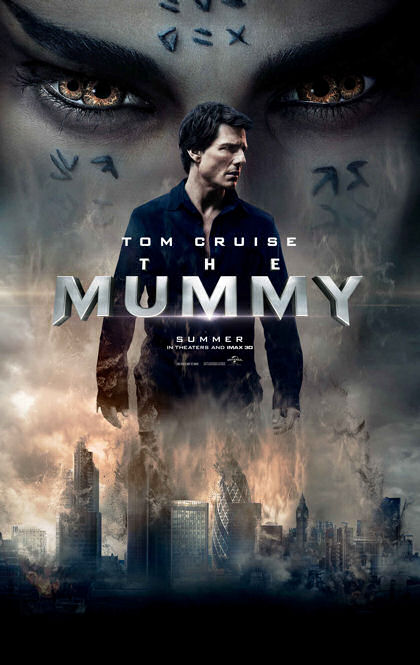 I see no reason to call the 2017 incarnation of Universal’s The Mummy a remake of their 1999 film. None of the characters are the same even if the story is. Leave no doubt that the Tom Cruise Mummy is just as much of an Action, Adventure Fantasy as The Brendan Fraser Mummy. While the newest version is darker (literally) it is no more a horror film than what we received in 1999. Neither film is in anyway similar to the 1932 Karloff Mummy in horror, originality or anything other than the studio who made it and the title itself.

Besides an enjoyable but stereotypical character of Colonel Greenway and Tom Cruise calling it in for the first 20 minutes of the film, the acting was fine. The effects weren’t bad enough to ruin the movie. As with any studio film the cinematography and score were fine as well. None of it stood out as exceptional but nothing was horrible. The plot was that of a big budget, action, mummy movie. While not my personal preference, it wasn’t riddled with any more plot holes than you’d expect of a film like that. Where the movie lost me was my general lack of caring for any of the characters in such a surface level, studio film. I didn’t care if Tom Cruise or his one night stand died. I didn’t care if the Mummy took over and ruled the entire world. I just didn’t care. There was no heart in this movie. It is by every definition of the term a studio film in the worst way. The eye of the mummy in the movie has a dual iris. The reason they did this is because they could. A wonderful synonym for the reason the film was made. It seemed like a Syfy original with a better budget.

I can only recommend The Mummy to the fans of monster movies you’ll find on the Syfy channel. Even then if you only like the extremely ridiculous ones, The Mummy takes itself too seriously for that audience. Big budget blockbuster moviegoers may also find enjoyment in the film. If you don’t need your movie to be deeper than a Michael Bay blockbuster then you might like The Mummy. I do recommend if you’re going to see it to do so in theaters. There’s lot of action. For those of you who hate the type of films I’m describing, The Mummy is everything it appears to be in the worst way possible.