Watching Movies - It Comes At Night

Review of "It Comes At Night" by The Headless Critic 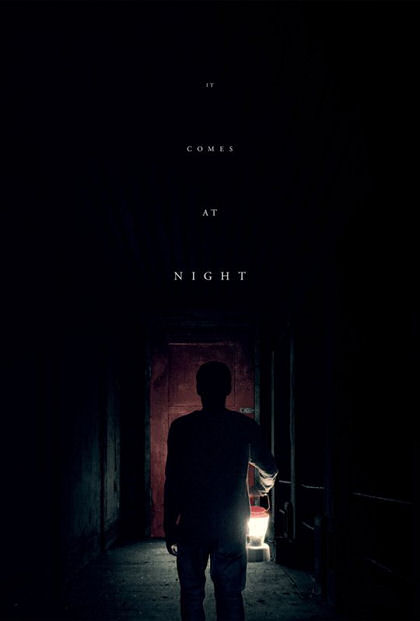 In a boarded up house, in the middle of the woods, a family tries to isolate themselves from the world and the plague that’s desolating it. Every day is a struggle with the fundamentals of survival and minimizing the potential of exposure to threats from the outside world. It comes at night seeking refuge and putting into question the very essence of humanity.

The movie opens by focusing on a sickness which has overtaken our isolated families grandfather. The film sets an immediate ominous tone that doesn’t relent for the entire movie. It immediately draws into question what is going on in the outside world. With the popularity of zombies at an all-time high, a zombie plague is alluded to. Is this a simple disease or is it something else? The possibility of monsters in the woods is also insinuated. The film keeps these things in question, adding to it’s suspense.

Director Trey Edward Shults creates and maintains an ominous, suspenseful tone throughout the film. The movie reminds me of 2016’s Witch in how it’s beautifully shot, with carefully crafted suspense. In only his second feature he manages to accomplish something most movies in these genres cannot by creating realistic characters, with at least some depth. He does an excellent job in questioning the humanity of mankind. The film shines with it’s cinematography, second only to it’s score. The score isn’t just background noise. It stands out as he utilizes it to set the movies tone. The acting is some of the best you’ll find in anything horror related. Joel Edgerton gives a standout performance as the families father. Young actor Kelvin Harrison Jr. does an impressive job as the films lead character and families son. Christopher Abbott's unrealistic reactions in the early parts of the film were a bit out of place. Whether intentional or not he won me over in his second half performance.

It Comes At Night in the guise of a theatrical horror movie. This is misleading from the title to it’s wide release. It is very much an indy, suspense, thriller. The films budget may not support my statement but the story and filmmaking style certainly do. There are many indy films out there like this that deserve a wider release and a chance to make it on a national level. Unfortunately with the misleading way It Comes At Night is marketed, the casual fan and those who think they’re getting a horror feature will leave theaters highly disappointed. The independent way of filmmaking isn’t marketable to everyone. The movie has simplicity of story, in a character piece, with a small cast and an ending common to indy films but not on the mass market. Just don’t go into it thinking it’s a horror movie.