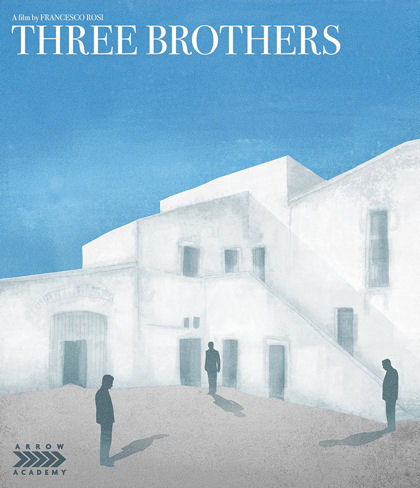 Through death, we all grow closer to life. When the mother of the Giuranna family dies, three brothers return from their city life to their quaint small town upbringing for the funeral. Each brother has their own trials in their personal lives that are hard to leave behind. Raffaele Giuranna (Philippe Noiret) is a judge presiding over a high profile case and constantly in fear of being assassinated because of it. Rocco Giuranna (Vittorio Mezzogiorno) is a religious man who’s following his calling, working as a counsellor with hopes to reach his dream job helping troubled kids. Nicola Giuranna (Michele Placido) has a failing marriage, strained by labor disputes at his job. Each brother grieves for the loss of their mother while struggling with the difficulties in their life at home.

A tale of a family who all see the world very differently, being brought together in difficult times. The film has underlying stories of politics, terrorism, marital issues and more. We learn the lives of the Giuranna family through flashbacks and imagining what their future holds. A simple story at heart, it’s branches extend into many different areas through the brothers troubled lives.

A constant on the 1001 Movies You Must See Before You Die. While I don’t think it would make my personal list, I do agree that it’s an excellent movie. One of the best Italian imports I’ve seen. It does something that is lost in too many films, it plays on your emotions, getting you invested in its characters in a story based film.

Special Features:
2K restoration will make you think you’re watching a movie filmed in modern times. English subtitles have been updated for the most accurate of translations. The original theatrical trailer. The greatest feature of all is an extended interview with director Francesco Rosi. This interview alone is like a second film in itself.

3 out of 5 Horror Filled Features