Review of "The Answer" by The Headless Critic 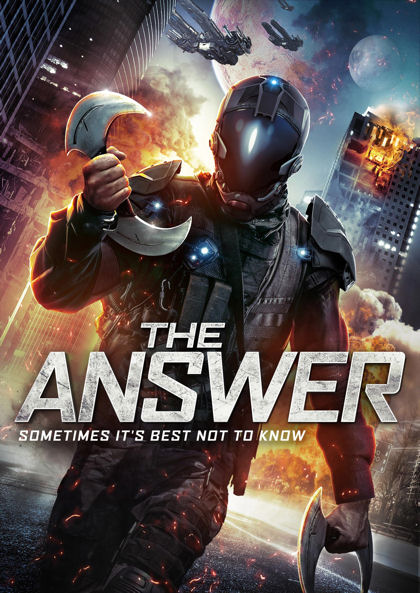 Exceptionally gifted Bridd Cole (Austin Hébert), is perfectly happy living his mundane, boring life as a janitor. Cole keeps a low profile for a reason. He has extraordinary abilities he’s unable to explain and has been keeping secret since his childhood, growing up in an orphanage. As soon as Cole decides to pursue a work love interest Charlotte (Alexis Carra), his life is turned upside down as he is pursued by mysterious masked men. The new couple is forced on the run as they try to unlock the secrets of Cole’s past in a fight to save their own future.

First time feature writer/director Iqbal Ahmed made a wise decision in his first effort by not trying to do too much his first time out. He created an interesting plot that didn’t require a budget to make well. Ahmed did a fine job creating a studio quality looking film on a presumably indie film budget. I didn’t notice a bad performance in the film. The score was a bit forgettable as it is in many films but it also wasn’t bad. There was a minimal amount of CG used and it didn’t look particularly good but there was so little of it, it didn’t hinder the movie any. Unfortunately the film never really finds a thrilling pace. The story progresses quickly but doesn’t get the viewer very invested in its characters. It glosses over the newfound relationship and how Cole suddenly knows so much about things that had eluded him his whole life. It felt like a slow burner but really wasn’t. Still not a bad first feature effort. Definitely not one that fits the SyFy banner but maybe one for Sci-Fi fans to check out.