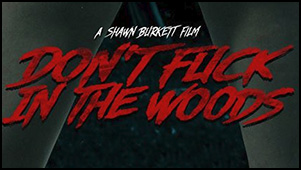 Don't F*ck In The Woods trailer


Don't Fuck In The Woods (Official Trailer) from Concept Media Films on Vimeo.

Gravitas Ventures and Cyfuno Ventures have reached an agreement that will see Concept Media’s “Don’t F**K in the Woods” find its home at Gravitas. The deal is for worldwide rights with an early 2018 release planned.

DFITW has been an Internet sensation in the indie horror world for about a year now thanks to its unique title and positive word of mouth. It peaked last month at number 44 on IMDB’s Starmeter where, at the time, it had surpassed the new Spiderman film, certainly no small feat for an underground indie horror film.

DFITW premiered in October at FearNYC and has been one of the most hotly anticipated new horror titles since then. Cyfuno Ventures, acting as representative for Concept Media, closed the
deal with Gravitas Ventures late last week and expectations are high. “We were honored to have the opportunity to represent such a unique and anticipated new horror title and felt from day one that a company like Gravitas would be a perfect home for us,” said a representative from Cyfuno. “There were multiple companies extremely interested in acquiring the rights, but at the end of the day, Shawn and his team felt Gravitas was the best match.”

The film follows a group of students who decide to go for a celebratory camping trip upon graduating from college only to find themselves being hunted by a bloodthirsty monster. The
audience can certainly expect these campers to ignore the titular advice and pay dearly for it. DFITW is written and directed by Shawn Burkett (“The Sleeping Soul”). Chris Gierowski produced. The film stars Brandy Mason (“Plan 9”), Brittany Blanton (“60 Seconds to Die”) and Nadia White (“Killer Campout”). The deal was negotiated by Zach Hamby, acquisitions manager for Gravitas Ventures and Cyfuno Ventures on behalf of Concept Media. 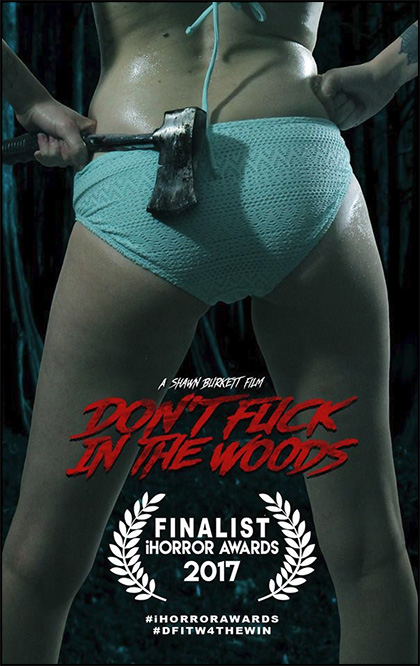