Review of "Nocturne" by Jason Minton 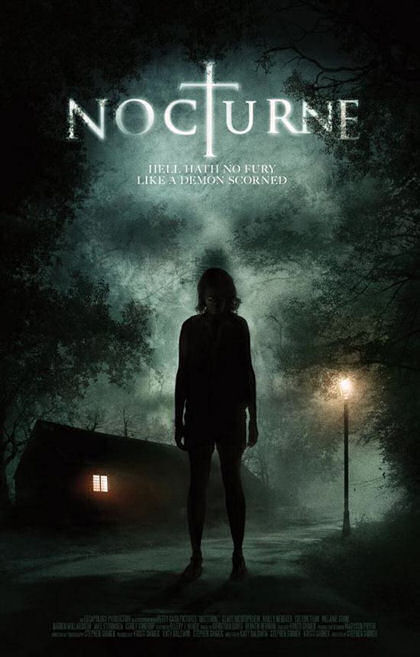 A small group gathers together for a graduation party. Drinking, sex, drugs, strip poker, a little magic and an impromptu séance turns deadly when an uninvited guest crashes their party. Never have I ever unveils dark secrets kept hidden among friends. An ominous tone looms over the graduating class, leaving a suspenseful truth to be uncovered. Those who do not learn from their mistakes are doomed to repeat them. Those who do not repent for their sins shall be punished.

A devilish tale that includes all the don’ts of surviving a horror movie. Not a breast goes unseen, not a drug goes untaken. I wish I could say that, never have I ever seen a movie like this before. Nocturne follows a typical horror formula reminiscent of Night of the Demons with a little less fun and a lot more seriousness. Director Stephen Shimek puts his own spin on the tale. Writers Katy Baldwin and Stephen and Kristi Shimek craft an entertaining story with a nice loopy ending. Nocturne does spend a little too much time partying and not enough time investing in likable characters. Perhaps that’s the point though. It’s still a nice supernatural feature with cringe worthy moments to please any horror fan. Though similar films have been made, Nocturne stands out with its own demonic identity. It will leave you with a never ending nightmare that no one will survive.

Nocturne Trailer from Escapology on Vimeo.