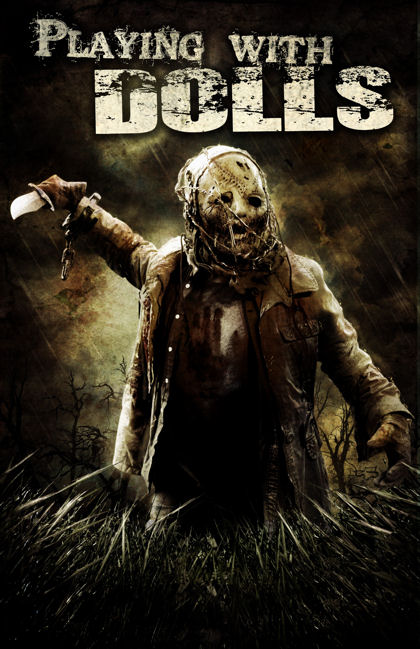 An eccentric millionaire’s unique perversions lead to a cat and mouse game of death being played out for his own entertainment. The wealthy Watcher (Richard Tyson) gets prisoner AYO-886 (Charlie Glackin) purposely released from an insane asylum to entertain him. The Watcher unleashes his serial killer in a section of woods that’s been fitted with cameras to catch all of the action. One by one, he lures unsuspecting girls in need of money to his cabin in the woods with promises of a place to stay and cash to be paid. Prisoner AYO-886 plays with his dolls as they struggle to survive. Nowhere to run, nowhere to hide, in a good place to die.

The movie opens in the middle of a chase scene as prisoner AYO-886 chases appropriately named Victim Number 1 (Alanna Forte). As the Killer removes his victims top before he kills her, the tone is set for the film we’re about to see. This revealing slasher isn’t strictly a typical blood and guts gore film. All actresses may be in the movie for looks, nudity and their ultimate deaths but not all rules of horror formula are followed. With only a handful of victims to be slaughtered, the main focus of the film is the stalking of Cindy (Natasha Blasick). While Blasick does play hapless well, with an hour of screen time the movie focuses more on wardrobe changes in front of poorly done green screen then it does in her characters development.

Writer/director Rene Perez creates an excellent looking mask on an interesting serial slasher. I really enjoy The Prisoner as the killer in this movie. On a budget, the cast is limited, the kills are few and the blood barely flows. While very limiting on what slasher fans want to see, focusing on the chase in a cat and mouse game does keep things entertaining. I don’t mind the bad acting as we’ve come to expect it from low budget films and slashers in general. The story however gets muddled down with commandos and rich men watching from their mansions instead of focusing on its most horrifying trait, the killer behind that mask. Even though my rating is low, there’s an odd appeal about this movie and its killer that sticks with me.