Review of "The Domicile" by Jason Minton 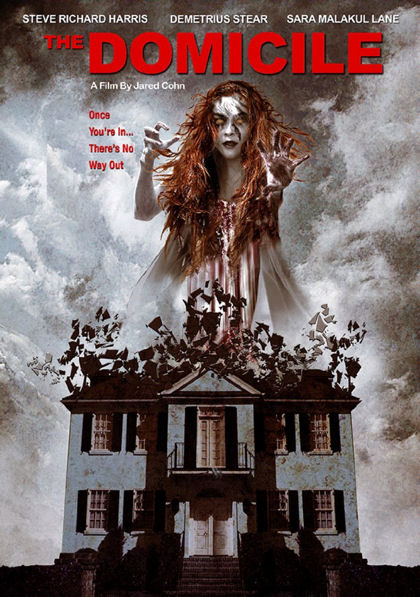 A once successful playwright, Russell Brody (Steve Richard Harris) struggles with no longer being in the spotlight. He’s become a borderline alcoholic while his wife Estella (Katherine Flannery) is pregnant with twins. The couple cares for her mentally deranged sister Samantha (Amanda Ruth Ritchie) who spends most days too drugged up to get out of bed. Unbeknownst to everyone, Samantha is seeing visions of a black shadow that’s persuading her into evil acts. When Estella sees the shadow, it has deadly consequences for her and the babies she’s carrying. Russell’s mental state deteriorates after the death of his wife, all while he’s still trying to care for his sister-in-law. Russell tries to get a grip on his life, regain his former success and get back out in the world. When Russell takes back up with his former mistress, he begins experiencing supernatural events. Has his late wife begun to haunt him at the news of his unfaithfulness or is the shadow in black continuing to wreak havoc on his life?

An interesting Domicile is created for the life of the Brody family. Troubled Samantha and a sparsely seen black shadow are where the scares, creepiness and interest are at. Early scenes of the black shadow remind me of recent box office successes like the Conjuring and Insidious. Troubled sister Samantha is the most intriguing part of the film and is never fully explored. By the time Russell’s haunting sets in however, the ghost has been seen so much that any thought of scares isn’t possible. This leaves the early parts of the film far more interest than the movie as a whole. I appreciate that writer/director Jared Cohn tried to do something different than the horror movie norm. By the films end the most interesting character is abandoned and the black shadow is overexposed. We’re left with an unsavory character and no real desire to see him survive.