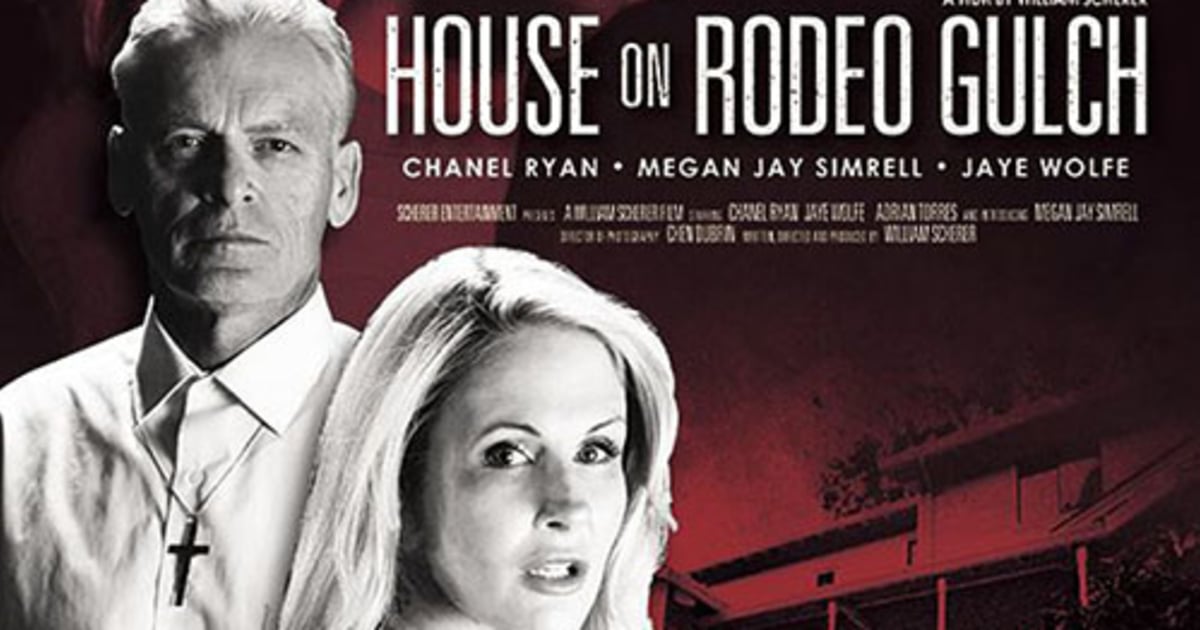 Review of "House on Rodeo Gulch" by Jason Minton 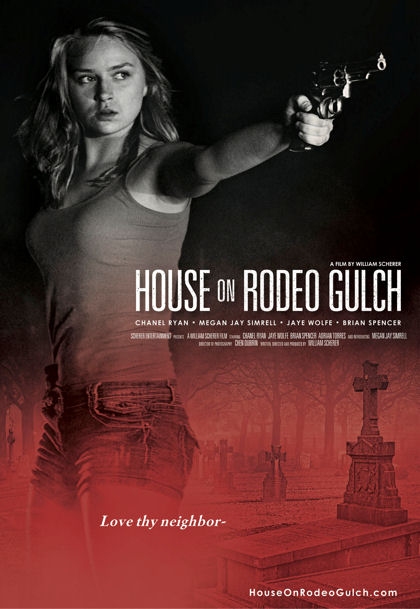 Shani Peterson (Megan Jay Simrell) is living a teenage girl’s worst nightmare. Her mother passed away and her father’s remarried. If a new stepmother isn’t enough, she’s been uprooted from her Texas home leaving all of her high school friends behind. Their new home is beautiful but not without its flaws. The biggest of which is its isolated location deep in the California redwoods. With her father (Bill Costanza) away on assignment for his job, Shani and her step mother Denise (Chanel Ryan) are left to christen their new house alone together. Secrets hidden within their new home are uncovered and their overly friendly neighbor Reverend Christianson (Jaye Wolfe), isn’t the God-fearing man he portrays himself to be.

Megan Jay plays a hard ass teenager who isn’t happy with much quite well. Shani is a nice combination of teenage angst and don’t mess with Texas badass. This girl is packing heat and she’s not afraid to use it. More of a mother than her step-mother, Shani is a kickass teenager who’ll leave a bullet in you if you cross her. The lost Carradine brother Jaye Wolfe gives a creepy, comical portrayal as Reverend Christianson. His throwback performance mirrors Man from The People Under the Stairs and Jerry Blake of The Stepfather. As the Reverend says, “God has enough problems in this world without worrying about a pervert like you.” It’s a type of role I’ve always enjoyed.

First time writer/director William Scherer who also has a bit part in the movie, crafts an old school suspense, thriller with a touch of comedy mixed in nicely. “The I.R.S. doesn’t believe in Jesus or salvation. I doubt they even believe in god.” Let’s hope Scherer kept tabs on this low budget films finances. With a small cast of nine, Scherer plays Renaissance man, covering every position imaginable on the production crew. With such a small cast, acting is important and not all performances in this small ensemble deliver. With a story you might find as a Lifetime original, Scherer does manage to steer away from feeling like a television production. The scenery of the movie adds to its production value. While some cut away scenes look cheap and there’s unforgivably bad green screen while riding in a car, overall it’s a professionally shot, even beautiful film.

With a couple of actors who'll remain unnamed replaced, some improvements on dialogue and a little edge added to the slow moving script, he could have had a wide release, theatrical movie. As it stands I feel the production was probably better than its budget. A movie to check out for any fan who likes Lifetime style stories or suspense thrillers with bad comedic value.