Review of "The Basement" by Jason Minton 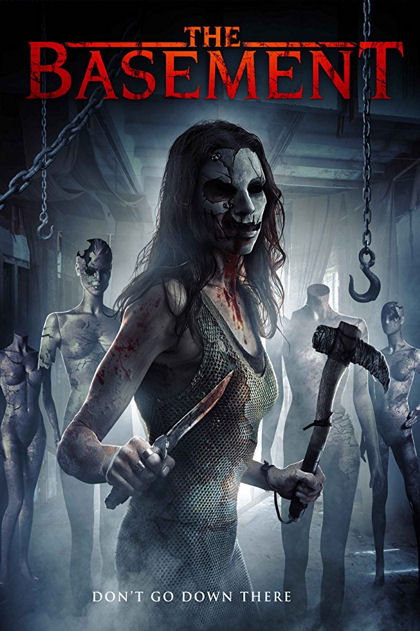 Alone in an apartment building that’s been abandoned for decades, a group of students party their way to their own demise. When the party ends, the séance begins as a small group gathers in the supposedly haunted dwelling. This party house holds secrets within its basement dark enough to die for. The small group of students get trapped in the deceivingly large basement. Party time gets real when their friends start dying around them. Something creepy crawls in The Basement and it’ll keep you guessing what kind of killer force is after you. Are the ghost stories true or is something far more sadistic at work below the surface? If you’re going to find your way out of this basement, it may cost you your life!

This English language import is obviously made by America horror movie fans. The Basement mixes first person film footage with not so found footage without an explanation of why. A film that’s a reel off of what’s expected isn’t always a bad thing. You definitely don’t get everything you think you'll find in The Basement of this house. Body parts are everywhere but the gore is limited. A room full of mannequins hasn’t been this creepy since you questioned your sexual desires toward them as a child. If you like cute young things getting tortured you will get a taste of it here. The film style may throw you off but the acting is better than most low budget horror. Caroline Boulton does do tortured well. The Basement successfully creates a scary killer and that last ten minutes will leave you gasped.