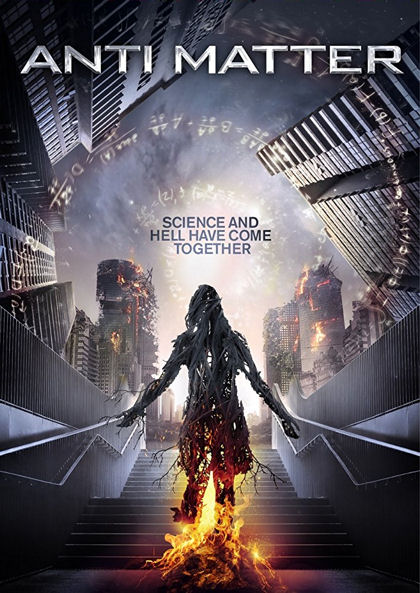 “Once upon a SPACE and TIME…” Oxford Ph.D student Ana (Yaiza Figueroa) has just made an astonishing scientific breakthrough. Ana has successfully found a way to move matter from one spot to another through an artificially created wormhole. It’s a discovery that could change the world and universe. Ana enlists her colleague and love interest Nate (Tom Barber-Duffy) and scientist/hacker Liv (Philippa Carson) to help further her discovery. Before authorities can discover their new research, the group pushes for advancement of this newfound form of transportation. Moving too quickly leads Ana to become a human test subject as she tries to pass through her own wormhole. The after effects of rushing science are detrimental. Travelling through a wormhole has torn Ana apart. She begins experiencing memory loss, sees masked figures and spirals into a paranoid mindset where she doesn’t know who she can trust and isn’t fully aware of what’s going on. Ana embarks on a mission of self-discovery, trying to piece back together the remanence of who she is on a path that may ultimately lead to her own death.

Anti-Matter compares itself to an “Alice in Wonderland” tale. I personally found it similar to Jacob’s Ladder with an Ex Machina, self-discovery second half. The story is told in two parts. The first is of scientific breakthroughs and the bonding of friends. The second half is a mystery that’s borderline thriller. This English important has a good cast of not yet known talent and an excellent concept. First time feature director Keir Burrows does let things get muddled down with unnecessary scientific dialogue and a storyline that goes everywhere, including a lot of red herrings. This hurts the films flow leaving audiences to easily lose interest in what is an intriguing story. The central idea of the film gets lost, or perhaps various angles were added to fill a feature length runtime. It’s still a good first outing that I think slower paced Sci-fi film fans will enjoy more than me. I wasn’t sure where the movie was going and the reveal ending was unexpected which in itself is an impressive feat.