Review of "Interior" by Jason Minton 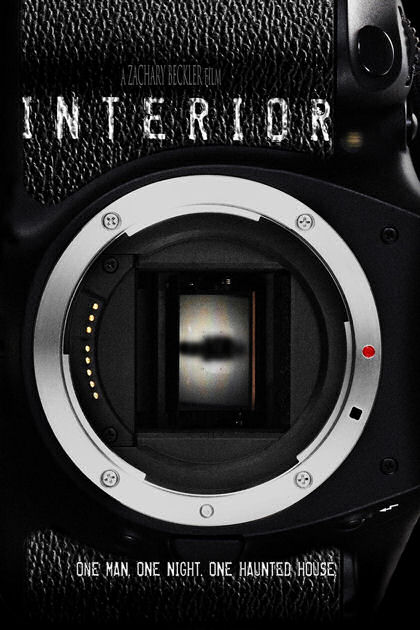 Strange things are happening in Allison’s (Piper Rae Patterson) house and with her young daughter Danyl (Autumn Rae Shannon) in the home, she’s calling for backup. Struggling filmmaker Sam (Christopher Carullo) sets up shop and his camera in the family homestead, trying to capture the force plaguing the young girl. A night alone in the house, investigating the paranormal events isn’t as simple as it’s seen on tv. Sam is forced to confront his disbelief when his own footage proves supernatural happenings. Isolated alone in the house, Sam comes face to face with an evil spirit and his own mortality is at stake.

Writer, director, producer, editor and Pizza Man extraordinaire Zachary Beckler does it his way, playing renaissance man in charge of his first feature film. With a micro cast and probably a similar titled budget, Beckler crafts a Castaway, solo performance of man versus his own fears. With such a tiny cast, performances are crucial. Christopher Carullo, a first time feature actor himself, does an admirable job in his first big screen lead role. He’s unlikable from the beginning but by the end you hope he finds himself.

For a no budget film it does well but it’s still a no budget film. The story does seem lost as the movie progresses, perhaps filling a runtime it shouldn’t have met. Tension is built but boarders serious and light-hearted too closely to provide scares. Exposure to what is going on and the spirits of the house is as limited as the budget but the payoff is worth sticking around for.