Watching Movies - I Know You're In There

Review of "I Know You’re In There" by Jason Minton 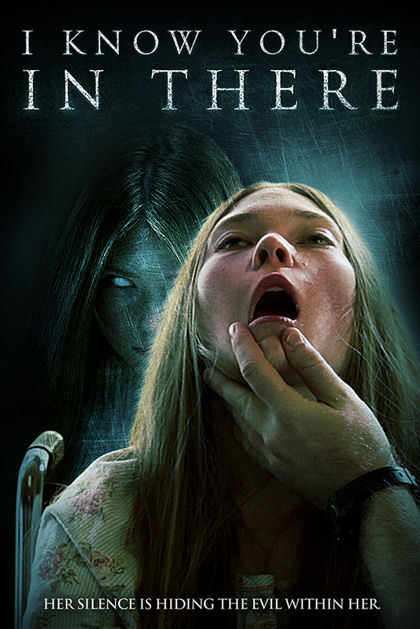 After his mother commits suicide Tom Redding (Will Hurst) finds out he has a little sister Chloe (Grainne McDermott) he never knew about. Chloe isn’t able to move or speak and shows little signs that she even understands what’s going on in the world. Tom decides to take his newfound sister to their mothers isolated house where he can document her illness and get to know her the best he can. He quickly learns the hard work and dedication required of taking care of someone in her condition. As Tom bonds the best he can with someone who can’t speak, they’re joined in the cabin by his girlfriend Jamie (Karin Lee). The new arrival seems to evoke an upsetting, almost aggressive reaction from Chloe. Is Chloe really unable to move or is she hiding secrets even her family doesn’t know about? Tom begins to question his little sister’s true abilities with Jamie’s safety becoming an ever growing concern.

This is an under the radar movie that is produced in a way that no-budget films should be done. It has a small cast of seven with a simple setting that explores its story while focusing on performances. With little dialogue McDermott delivers a diverse character that swerves the back and forth between innocent and potentially creepy. Hurst plays a headstrong brother who doesn’t know exactly what he’s gotten himself into. The lack of darkness in the Tom Redding portrayal sells the evil motives of his little sister. It’s a yin helping create a silent yang performance. The movie tells a story to viewers in one direction while secretly letting its plot go somewhere else entirely. Then it takes it all back.

First time feature writer/director Robert Lawson Gordon creates a nice little film that may not blow you away in any one area but it manages to hits its marks into an entertaining movie. McDermott’s first half, silent role gives us a intriguing character that transfers throughout the film. In a sea of horror movie covers, I Know You’re In There is a slow paced, horror, thriller that shows how to do low budget horror filmmaking correctly, even in a partially first person film.