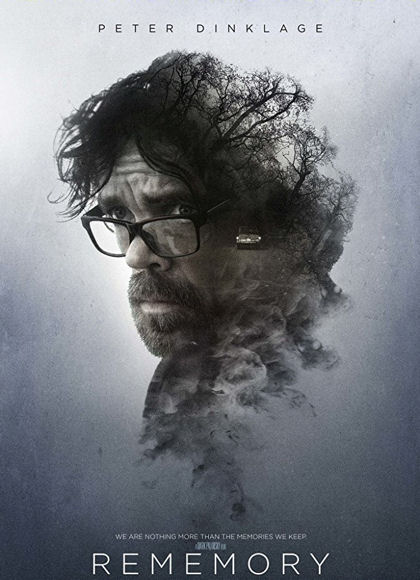 Just after unveiling his newest breakthrough invention that gives us the ability to record and play people’s memories, scientist Gordon Dunn (Martin Donovan) is mysteriously found dead. Sam Bloom (Peter Dinklage) shows up at the door of Gordon’s wife Carolyn (Julia Ormond), claiming to be from Gordon’s past. Though she questions his motives, Carolyn lets Sam use Gordon’s invention to investigate memories that will lead him down the path of Gordon’s death and Sam's own past. “We are nothing more than the memories we keep.”

This isn’t the first time we’ve seen a movie with memory recording but it does make The Final Cut as one of the best. Though I do not watch Game of Thrones, I’m learning with each passing movie that Peter Dinklage consistently works on excellent independent scripts, delivering good performances. The always impressive Anton Yelchin, comes through with yet another stand out back-up performance in one of his final films. Up and coming director Mark Palansky of Penelope and A Series of Unfortunate Events, brings us a well told story of facing your past, living up to your guilt, handling your grief and coming to terms with the answers of who you are. This movie is theatrical quality in every way except with a story that doesn’t tend to get wide released in theaters. You can get it now for free on Google Play. You’ll see excellent performances in a film that you won’t need a video of to remember.