Watching Movies - Watch Over Us

Review of "Watch Over Us" by Jason Minton 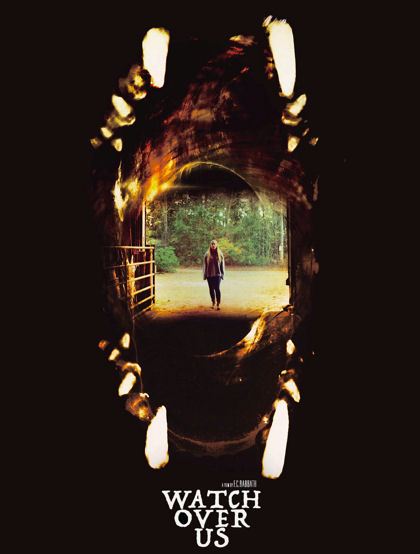 The Randal family is about to learn that “Idle hands are the Devil’s play things.” Jon Randal (Daniel Link) is a single father of two teenage girls who has moved back home to take care of his father. Jon’s teen daughters Eliza (Avery Pohl) and Becca (Ella Schafer) have been hearing things that aren’t there. They’re convinced that Grandpa’s (Henry Tisdale) house is haunted. The center of activity seems to be focused on the barn. As the noises begin to pick up, the girls decide to investigate just what’s happening in Grandpa’s house. Some things are better off left unexplored.

The fourth feature film of writer/director F.C. Rabbath takes us in an unusual direction of a haunted barn. The storyline goes back and forth between an out of work father who’s trying to get back into the dating scene and his two daughters who seem to have nothing more to do than investigate their possibly haunted house. The devil’s in the details of this story, or perhaps the devil’s in the barn. When Jon finally starts believing the house might be haunted, he first seeks a blessing, then seeks knowledge, then comes to terms with the evil cursing his family. Meanwhile in the barn the thing living inside it seeks the sacrifice of anyone who enters. Someone’s made a deal with the devil and he won’t rest until he gets your soul.

This low budget film does a good job of working around scares on a budget. The cinematography is professional, sound quality is a little spotty and the acting leaves something to be desired. The most interesting characters and best actors is the daughter duo of Avery Pohl and Ella Schaefer. A sucker for kids in horror movies, I would have much preferred a child based exploration story instead of what we got with their dad, who never comes across as likable. It would be unjust of me not to mention the voice in the barn. I do not like the way the barn demon is portrayed but I also understand working on a budget. I’d much rather have a disembodied voice than disembodied CGI with no weight behind it. They say you never make a deal with the devil. What if someone else makes a deal first?