Review of "Leatherface" by Jason Minton 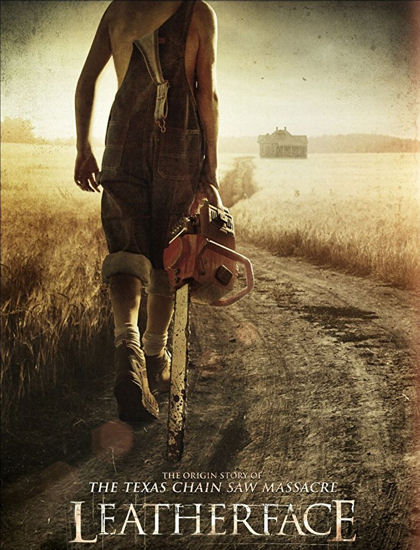 The overbearing and dangerous head Doctor of an institution for mentally deranged child criminals pushes his patients too far and these kids push back. All hell breaks loose at this mental hospital leading to four underage inmates escaping, kidnapping a young nurse and going on a journey of a lifetime. As the teens go on a cross country killing spree, they fight to survive amongst themselves while being pursued by a vengeful lawman that’s out for blood. Did I mention that one of these criminally insane minors would grow up to be Leatherface? “Witness the beginning of your end.”

The Sawyers are back and this time they’re not stopping until they get their baby boy Leatherface home! In an attempt to correct some recent timeline issues of the series, the latest incarnation of Leatherface is set as a prequel to the original 1974 Texas Chain Saw Massacre. Set in the 1950’s and early 60’s era, this origin story tells of the youth of the boy who would grow up to become known as Leatherface. This is the best film to come from the Texas Chainsaw Massacre series in over thirteen years.

Directing duo Alexandro Bustillo and Julien Maury recreate the world of Tobe Hooper’s original, transforming his grit and gore into visually stunning cinematography set in the 1960’s. The brightest gleam of this chainsaw blade of a movie is its performances. James Bloor and Jessica Madsen murder their way into your hearts as crazy couple Ike and Clarice. I would happily pay for a seat in front of the theatrical glow of the silver screen for the Ike and Clarice story. Complimenting their show stealing performances is Lili Taylor who takes over the role of Sawyer family matriarch Verna. Her psychotic portrayal is befitting the mother of a leather faced madman. I enjoyed the entire group of runaway teens including Jackson (Sam Strike) and Bud (Sam Coleman). In a cast of sinners Jackson and Bud’s deranged Of Mice and Men friendship is one of the only saints to be found.

Loyal fans may carve this movie up, picking apart its flaws with a chainsaw. Leatherface isn’t portrayed as the mongoloid he was in ’74. A descent into madness does make for a more entertaining origin story than a mentally handicapped killer would. Some gore is traded in for story. Gore means more when there’s a good story to get you there, making this gore matter. A likable protagonist is scarce, leaving the Sawyer family who should be terrifying as the lead characters. There’s a powerful scene of a beautiful girl crawling out of a decomposing animal’s body that’s memorable horror. Hiding two more bodies in that same animal just doesn’t seem to fit. There’s also a group of actors I’ll label the pretty people, that don’t seem to fit a film that feels like a Rob Zombie production. Finn Jones and Vanessa Grasse give good performances but don’t seem right for the desolate, small town, 60’s vibe. Stephen Dorff is given an opportunity at some of the most heartfelt and painful scenes but misses any realistic reaction to capitalize on what should have been one of the best roles.

Overall I haven’t seen a crazy family portrayed this well since The Devil’s Rejects. I actually see a lot of comparisons between the cult favorite and Leatherface. Like how the characters we know were weaved into more realistic versions of their original forms, reinventing themselves into a whole new light. We’ve been given some less than stellar Texas Chainsaw Massacre’s in recent years. This is the one I feel is theatrical quality.