Watching Movies - House by the Lake

Review of "House by the Lake" by Jason Minton 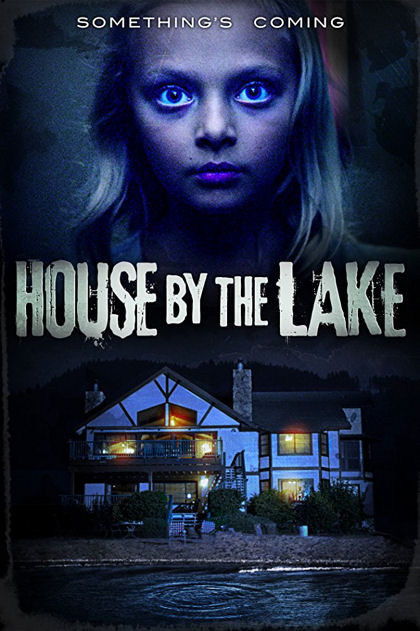 The Morgan family is heading on a nice, relaxing, vacation to a House by the Lake. Or so they thought. Neurotically, overprotective, mother Karen Morgan has her hands full with the couple’s ten year old, autistic daughter Emma. Husband and father Scott Morgan I hoping to reconnect with his family on vacation. He’s also got his wife to reluctantly agree to hire a nanny to help with their daughter. A change in setting and the new addition of a nanny isn’t very accommodating to an autistic child or her neurotic mother. Emma withdraws from the family, creating an imaginary friend to play with. Karen is pushed over the edge, turning on the nanny and even her own husband. Something's coming and when Emma goes missing, everyone’s a suspect. Does the nanny have malicious intentions? Is the neighbor who had lured Emma away the pervert Karen suspects he is? Is young, autistic Emma herself the evil one or is something more sinister at work? Not everyone will make it out alive from the House by the Lake.

For less than the price of a house by the lake, director Adam Gierasch brings Josh Burnell’s story to life in one of the most enjoyable films on a budget I’ve seen. Gierasch is an actor and writer who’s also directed the remake of Night of the Demons and the “Trick” segment of Tales of Halloween. Josh Burnell is one of the writers of the new television show Boone: The Bounty Hunter starring wrestler John Hennigan. The combination of the two, works better than I ever could have expected.

I usually sigh when I hear of another low budget movie, set in an isolated house. In this movie, that setting has purpose. Acting on a budget is on point. Anne Dudek of many television and films including the popular show “House” plays an anal mother particularly well. Battlestar Galactica, Bridget Jones’s Diary and Castlevania vet James Callis whips up a good performance as a ne’er-do-well husband of honorable but failed intentions. Child actress Amiah Miller of War for the Planet of the Apes may not have been the most convincing autistic child but she did get across that everyone needed to get their damn, stinking paws off her. There are so many levels of autism there isn’t a wrong answer to such a performance.

The greatest feat may be how professional everything was shot. It looks like a studio production. No CGI is used. The practical effects may not look excellent but I enjoyed them more because of it. The films plot may resemble that of a lifetime movie of family turmoil. If that’s not your type of movie, stick around. The ending reminds me of a story you’d find in a Creepshow segment and is well worth the wait.