InYourHeadOnline.com Wrestling Review of "Ballerina I’m Not!" by Jason Minton 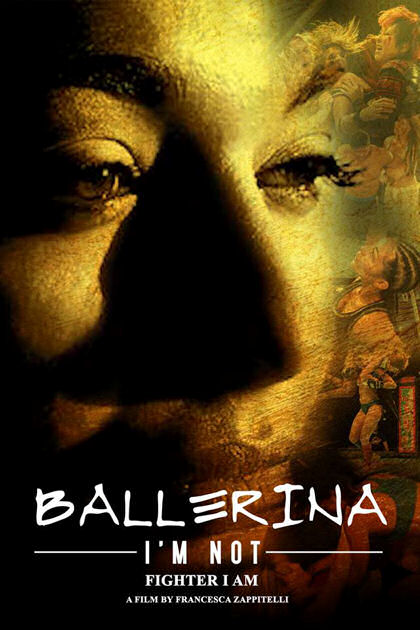 A documentary chronicling the passion of women for professional wrestling. Francesca Zappitelli wrote, directed and stars in this self-filmed documentary. Look through the eyes of a woman's perspective on pro-wrestling and mixed martial arts. Follow the difficulties these women face, trying to achieve success in male dominated athletics. Join some of professional wrestling’s top female personalities, Stacy Keibler, Gail Kim and Maria Kanellis along with MMA stars Michelle Ould, Herb Dean and Ken Yasuda as we follow both Francesca’s journey into wrestling and MMA along with other up and coming female athletes.

Zappitelli narrates her own documentary with a voice similar to deceased wrestler Chyna. There’s no doubt that her narration is scripted. Her knowledge of both wrestling and MMA seems limited. As she calls a MMA fight between a man and a woman her lack of knowledge equals Mike Goldberg trying to do play-by-play for a UFC fight or Mike Adamle trying to call a wrestling match.

Though the film doesn’t have the best grasp on what it covers, it is an entertaining female perspective on sports. This includes the degrading lengths some female athletes have to go to in order to make a living at what they love. Zappitelli is a compelling character but having directed the film herself she’s portrayed in a well-lit light while not covering many of the interesting aspects of her life. Co-stars Christie Ricci and Julie Ginther would have made for far more interesting muses. Ricci in particular seems to have a full career that would have made an interesting documentary to explore.

Not a bad watch for any Independent wrestling fan. It’ll be even more enjoyable for those big fans of female wrestling. The movie ends with a pasty, doughboy paying to box female fighter Ginther, who beats him up. That alone is worth viewing for. Roll credits with an “In Memory of” for random wrestlers of unexplained reasons. Most have been deceased for quite some time. R.I.P.