Review of “The Forlorned” by Jason Minton 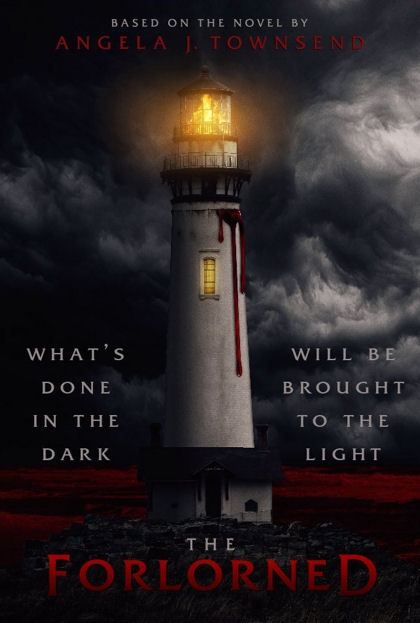 His first day at his new job Tom Doherty (Colton Christensen) is left abandoned on a remote island off the coast of Nova Scotia, looking after a lighthouse that just so happens to be haunted. And you thought your job was bad? Spirits begin to stir in the dark corners of the lighthouse. Insanity sets in and Tom is left to survive the night at a job he didn’t know no one else wanted. “What's done in the dark will be brought to the light.”

Based on a novel by Angela Townsend, The Forlorned has an excellent concept of a haunted house tale set in a remote lighthouse. Director Andrew Wiest brings Townsend's story to life. This is Wiest’s first horror feature. He has a couple of family films to his credit and The Forlorned could be considered a family friendly scary movie.

The film opens with nice scene of a clergyman watching over a line dead bodies, taking names instead of giving last rites as one man dies. Fast forward to a grieving Tom who recently lost his fisherman father. He takes a job that the local townsfolk know not to take, watching over the haunted lighthouse. Tom meets the many spirits throughout the night losing a little bit of his sanity with each one.

This family friendly, micro-budget horror film is light-hearted fair to a horror hound such as myself. It falls short on production values. Acting, sound quality, cinematography and script, all fall short of studio standards. Tom’s descent into madness is more of a light switch than it is a setting sun. The film doesn’t quite get comical or over-the-top enough to fall into the category of enjoyably bad. There are some fun moments, mostly involving Tom in a misplaced performance. There are also beautiful and powerful scenes mixed in but without enough continuity of the story as a whole. This might be on the list of horror films to ease your child into the genre but may get lost on adult horror faithful’s.