Review of “The 13th Friday” by Jason Minton 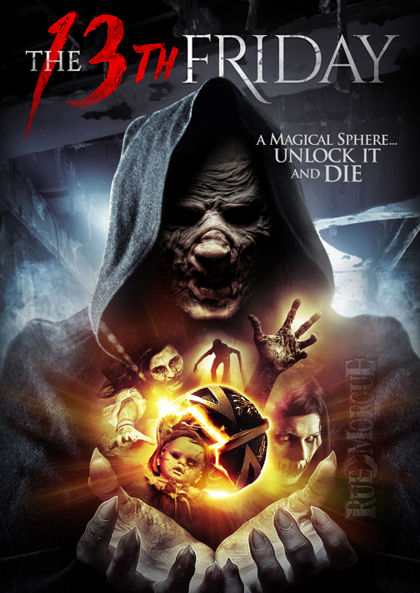 A group of young adults spend the night in an abandoned, haunted house. The house is said to be so evil the townspeople built a church beside it in hopes of keeping the spirits at bay. The group of friends quickly learns that legends aren’t always a myth. The night turns into a fight for survival in this House on Haunted Hill that they unknowingly trapped themselves in. Not everyone will make it out alive.

Writer, director and horror movie machine Justin Price spews as much horror movie vomit onto the screen as can be digested in an hour and a half worth of consumption. Don’t let the title fool you into thinking you’ll see a hockey masked murderer, slaughtering camp counselors on Friday the 13th. The kids in this house awaken the equivalent of Thirteen Ghosts, including one looking like she’s got a Grudge via a spherical puzzle box, that’s definitely a Hellraiser. If you’ve picked up what I’m spewing out then you’ll know that the title of the film isn’t the only thing similar to movies you know.

Price produces an ADHD film in a splattering homage to every horror movie he’s ever seen. His filmmaking experience is seen visually in an excellent looking feature. The all-inclusiveness of horror genres quickly leads to an incoherent story filled with horror movie clichés. Bad acting, poor CGI and pretty girls in dire situations is just the start. Completely over the top, The 13th Friday would have been better off as a spoof, especially with that title but it doesn’t poke fun of itself enough to be considered one.