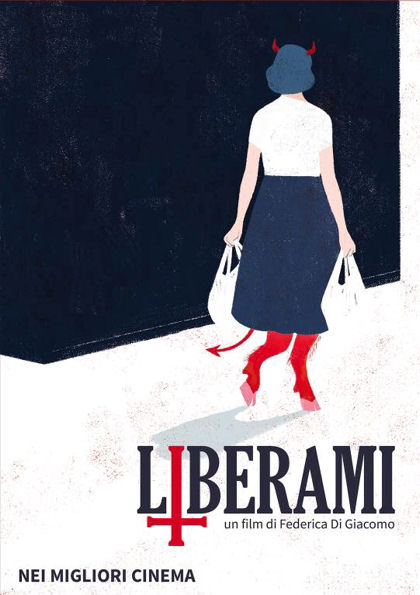 A documentary exploring demonic possession and the modern day practice of exorcism. Filmmaker Federica Di Giacomo is given unprecedented access to the church and the priests who perform this specialized ritual. This is no Hollywood acted creation. This Italian important focuses on the real world of exorcisms, the people possessed and the priests who are trained in helping them.

As the church suggests, sickness of the body is treated the same as ailments of the soul. Priests are looked upon as doctors performing surgery where the only incision scar left behind are the emotional scars of the patients and their families. The documentary explores the real question of possession. Are the possessed true victims of demonic forces? Is this simply a mental disorder or creation in their mind? Is there a difference between the two? This documentary doesn’t take sides, leaving the interpretation of what the camera captures up to the viewer.

If you ever wondered about the real life events that inspire films like the Exorcist, the Exorcism of Emily Rose, the Taking of Deborah Logan and so many more films, this is the behind the scenes look providing insight. These are the true stories that Hollywood filmmakers try to capture the realism of into fabricated onscreen creations.