Watching Movies - I Am Alone

Review of “I Am Alone” by Jason Minton 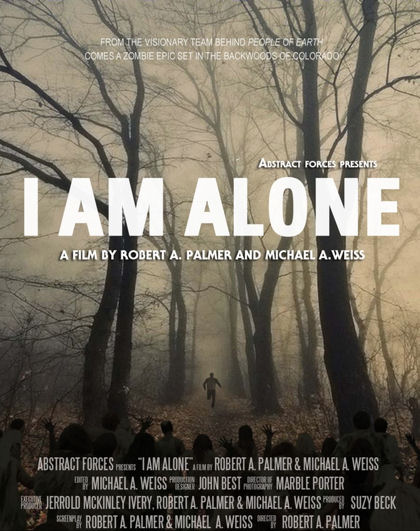 Survival reality television series ‘I Am Alone’ features survivalist expert Jacob Fitts (Gareth David-Lloyd) making it on his own for seven days in various wilderness locations around the world. Episode 113 leaves him deep in the Colorado Rockies. Jacob is left in the mountains to film alone while his crew returns to civilization. Unbeknownst to Jacob, the civilization his crew returns to is no longer civilized. A viral outbreak is spreading rapidly across the globe. When Jacob learns of what’s happening back home, he’ll do anything to make it out of the woods alive. “Jacob Fitts is dying to get back to civilization.” As the real world reaches Jacob’s isolated location, it’s learned that he may hold the key to defeating the virus. One man’s quest for survival takes a global scale as all of humanity may depend on Jacob making it out of the Rockies, dead or undead.

I Am Alone takes a television show like Discovery channel’s Survivorman and adds zombies. It’s a creative way to do first person filming, set within the reigns of a reality show. It’s also not your typical zombie film. Writer and director Robert A. Palmer takes an overused sub-genre of horror and the overused found footage filming style, puts his own unique spin on it producing an original piece of film that is able to entertain even the most burnt out of found footage, zombie fans.

The film is largely dependent on lead actor Gareth David-Lloyd’s performance. Gareth makes me believe I’m actually watching a survival show. He plays a host who knows a lot, but probably isn’t the know-it-all expert he claims to be. There are overwhelming scenes of Gareth stumbling into a hoard of zombies, not being able to get to home to his family and living with the knowledge of the pending undead. The film shines brightest under the gleaming light of their outdoor setting. Interior shots and some of the supporting roles show the limited budget. That doesn’t stop I Am Alone from being a success at two difficult things to impress me by, first person filming and zombie movies.