Production by: Infinite Lives Entertainment
Distribution by: The Orchard 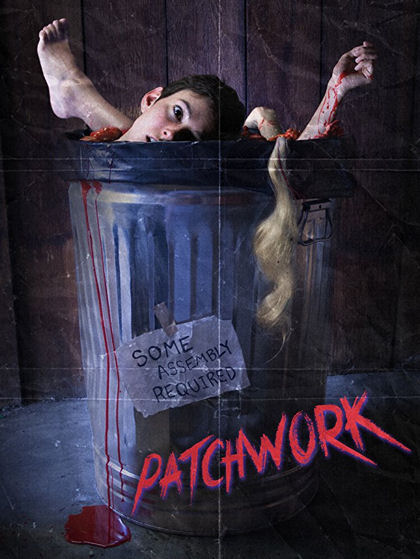 Jennifer (Tory Stolper) is an uptight businesswoman, whose boyfriend is cheating on her because she’s a bit of a bitch. Someone just broke into her house, hit her over the head and killed her. Ellie (Tracey Fairaway) is a beautiful barfly who needs the admiration of others to validate her own existence. Ellie just got hit by a car in the street and died. Madeleine (Maria Blasucci) is a psychotic, crazy, murder who was never beautiful, popular, classy, elegant, perfect or complete. Magadeleine just went from being a murderer to being murdered. The Surgeon (Corey Sorenson) is a mad scientist by night who likes playing with body parts. This Mad Scientist just microwaved up a lethal injection of life that he’s going to inject back into these girls pieced together uni-body. Together these women are a deadly combination, if they can just learn to get along.

Patchwork is a terrifying body of horror. This comical throwback calls upon both the Mad Doctor days of black and white film and the comical slayings of 80’s slashers. Similar to Being John Malkovich, this Being This Bitch movie finds three consciousness’s living inside one body. Instead of going inside Herman’s Head, enter Hermina’s Head, as she turns you Inside Out with her multiple personalities. Some men think that all women are bi-polar, this Frankenbitch definitely is. Three women wake up to find themselves Frankensteined into one body. Three very different personalities must learn to put their differences aside to seek revenge against their creator.

When I first saw the trailer for Patchwork, I laughed for five minutes straight. While the laughter couldn’t continue for an entire feature, Patchwork pieces together a fun horror comedy on a budget. A little bit Frankenstein, a little bit Dr. Horrible’s Sing-Along Blog. The three women patched together prove entertaining but it's Corey Sorenson’s performance I fell in love with. The deranged body part enthusiast comically gives a Mystery Science Theater 3000 hosts performance in the vain of the legendary Neal Patrick Harris himself. He’s just a lot of fun the watch. Co-writer and director Tyler MacIntyre always dreamed he would die at the hands of one of his creations. “All in favor of killing this bitch say I.” This just might be the film to finish him off.