1st Movie “The Greasy Strangler” Review by The Headless Critic 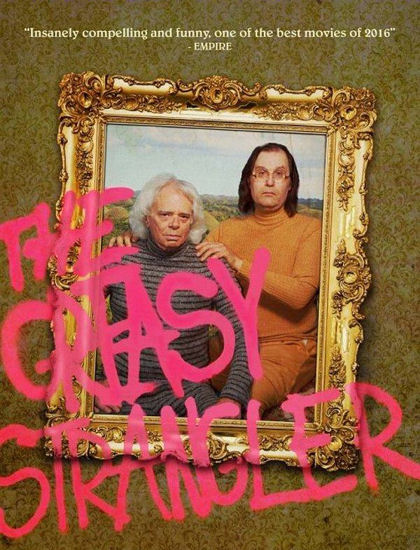 Director and co-writer Jim Hosking makes a completely unique film for his first full-length feature. This movie is officially the world’s biggest bullshit artist! The best way I can describe The Greasy Strangler is being the Napoleon Dynamite of B-Horror comedies. While multi-million dollar films fail to make you care about any of their characters, every role in this micro-budget movie is memorable.

The general consensus is, you either love it or hate it. Albert Einstein is quoted as saying, ”The difference between stupidity and genius is that genius has its limits.” Blatant nudity, over-the-top acting, childish humor and the conundrum of saying potato, The Greasy Strangler definitely doesn’t know its limits. It’s stupid and perhaps “Too much grease is bad for you” but I’m alright dying at the hands of The Greasy Strangler. I'll be watching this future cult classic for the rest of my life. There’s no greater compliment I can give a film. My only complaint is that this movie needs more grease!