Review of “The Gatehouse” by The Headless Critic 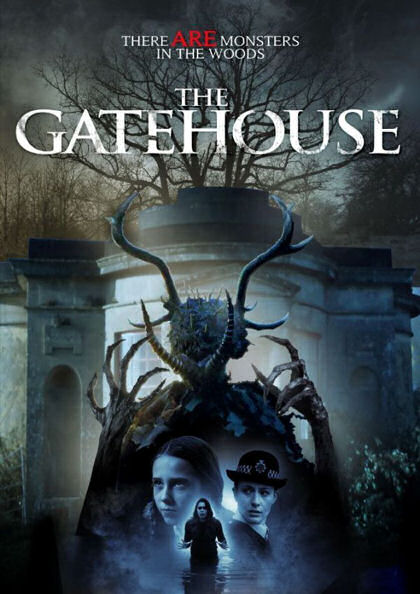 The Gatehouse is a Once Upon A Time fable, set at the edge of an ancient English wood. This forest is the playground of a little girl named Eternity Winters (Scarlett Rayner). When Eternity unknowingly takes something that belongs to the forest, the forest wants it back. A creature arises from the woods and people go missing. The quest for a happily ever after ending is on and not everyone will make it there alive.

A lower budget English feature, delivered in Goosebumps fashion befitting a younger teen audience while still being enjoyable to adults. There are a few spots of budgeted CGI blood which is very disappointing since fake blood can easily be done practical. There’s also a minimal amount of voiceover work that’s noticeably added in. The story becomes somewhat incoherent, feeling like a thirty minute short stretched into a feature or an actual fable based story without enough source material to create a film. Several characters are disposable and I never quite got a grasp on Eternity’s father Jack (Simeon Willis) who is the lead. With a murderous backstory, plagued by nightmares, being out of work and borderline abusive to his child, he has a lot going on that doesn’t add much to the evolution of the film

Similarly confusing The Gatehouse combines a monster from a haunted forest with a ghostly haunting and a creepy old man with a shotgun who knows too much for unexplained reasons. Perhaps it’s just the fable setting I have issue with. I will admit that I’m generally not a fan of most things mythology. Those of you who are may be the fanbase of this movie. It is a beautifully shot film along a creepy English countryside. Scarlett Rayner is excellent as Enterity Winters and I absolutely love the practically done creature of the woods. The creepiest wood creature I can remember seeing on film.