Review of “Apocalypse Road” by The Headless Critic

Production by: Element Pictures, Wild Bill Productions
Distribution by: A24 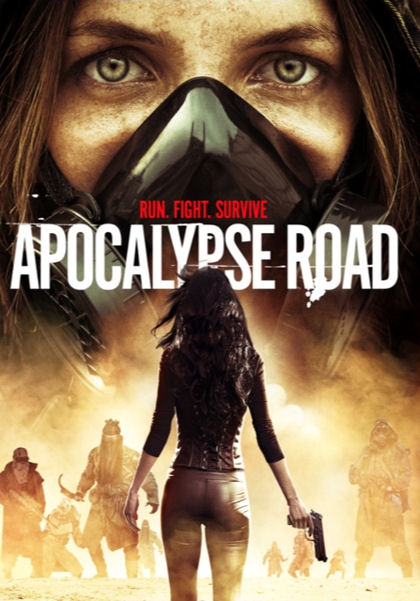 There’s nothing like a nice, old fashioned, family road trip. Natalie (Katie Kohler) and Sarah (Ashlyn McEvers) West are the closest of sisters. They’re heading on a getaway to the beautiful west coast shorelines. They’re also surviving in a post-apocalyptic world where death is at every turn. Apocalypse Road follows the two girl’s journey as they get separated from each other while heading to the seaside, seeking refuge from the world. A Hunter of humans just got the scent and is now on their trail. The beach is a nice place to die...

Apocalypse Road is the first feature to be released from writer and director Brett Bentman. Bentman attempts to create a Mad Max style dystopia on a budget. To his credit he uses minimal computer effects in doing so. The film still feels like the sisters are running through the bad part of the neighborhood instead of suspending disbelief into a futuristic world.

I usually find the pretty girls of a budgeted horror film to be the least interesting characters. McEyers and Kohler both do a good job and begin to capture interest in their sisterhood but are split on screen before a strong enough on screen bond is formed. Even pretty boy Derek (Ben Rigsby Jr.) offers an interesting role that is just cut short of having the viewer invested. As the sisters separate, so does the strongest appeal of the film. Neither character is built long or strong enough to sustain the fallout that follows. A simple story of survival is stretched too thin with complicated, upper class backgrounds and differing factions of gangs that aren’t gritty enough to be realistic and go largely unexplained. If you don’t want to define your stories background on screen, don’t make it complicated.