Review of “The Follower” by The Headless Critic 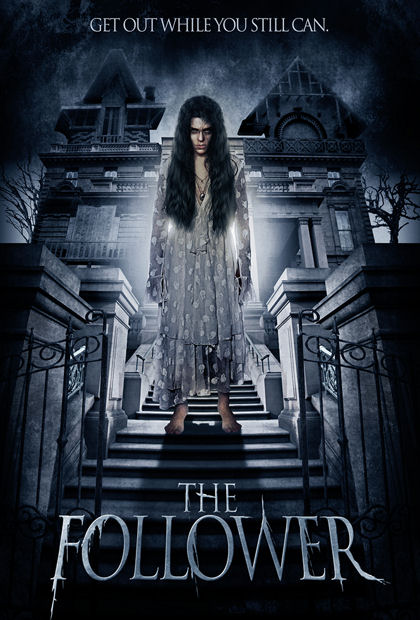 Internet vlogger David Baker (Nicolas Shake) is taking his supernatural Youtube channel to a reportedly haunted house in the middle of nowhere. Carol (Chloé Dumas) has invited David to come stay in her home to investigate the paranormal events happening there. Carol’s eccentricities make David question if he just entered the house of a madwoman. As unexplained events take place, it seems something wants David out of the house while its lonely resident will do anything to keep him there. David “didn’t come here to find love”, he “came here to find ghosts.” The “footage never lies” and David may have just got what he wanted. “Get out while you still can.”

This found footage, English language horror movie out of France from first time feature director Kévin Mendiboure works on a budget comparable to a yearly minimum wage salary. Yes, found footage films as done to death but sometimes you have to do what funding allows. The Follower keeps it practical relying on the performances of the cast to tell the story. I enjoyed both performances from lead actors Shake and Dumas. David filming himself in the opening scenes legitimately seems like a Youtube video. Once David gets to the house and the two leads interact, the realistic reality aspect does get muddled. Carol’s eccentricities may not mirror something found in reality but her portrayal by Chloé Dumas is one of the most enjoyable aspects of the movie. When the film leaves the house some performances and less believable and the logic behind why some things are being filmed is lost.

Unlike many found footage movies out there, a Youtube channel setup is a legitimate reason for such footage to exist. At times it feels like director Mendiboure stretched one of his short films out longer than it needed to be but a fun twist ending is worth sticking around for. It also happens so abruptly it feels like we were simultaneously cut short.