Watching Movies - Dawning of the Dead

Review of “Dawning of the Dead” by The Headless Critic 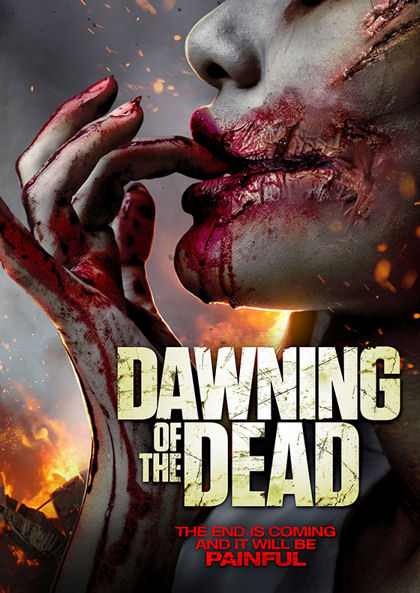 Twelve Months ago a young European reporter killed her would be rapist just before being violated. A year later Katya Nevin (Ruth Galliers) still struggles behind the news desk to move past the traumatic event. Her crippling anxiety is about to be tested as a virus that reanimates the dead has spread, changing the world as we know it. Experience the zombie apocalypse take place from the newsroom as the television crew decides the best approach to take for the end of the world.

Another zombie movie in the overplayed horror sub-genre no longer provides the excitement it once did. A title playing off one of the greatest zombie films of all time is even less enthusiastic. Dawning of the Dead does have an excellent, brightly detailed cover. The movie itself isn’t your typical zombie film. A violent opening scene sets an exciting tone, even if it did end with budgeted CGI. The remaining movie feels like pieced together footage, covering zombies on a world scale while working with a micro-budget in the confines of a newsroom. I wasn’t surprised to see multiple directors when the credits rolled. While that form of direction works for anthologies, the lack of focus with four directors for one continual film makes it hard to hold viewers interest. It’s an unorthodox combination of powerful, violent scenes to dull, elongated dialogue.

An ambitious effort from Tony Jopia and his co-directors. The action scenes are enjoyable but budgeted CGI hurts how enjoyable. Watching the zombie apocalypse from a newsroom isn’t very exciting. The internal battle among the living is reminiscent of Night of the Living Dead where the living are their own worst enemies and “Only the Dead Survive!”