Watching Movies - The Blessed Ones

Review of “The Blessed Ones” by The Headless Critic 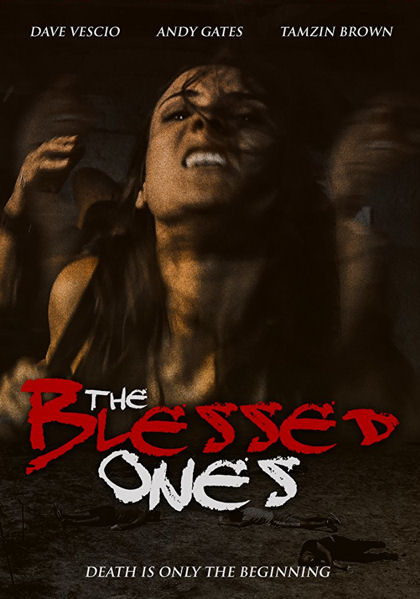 “Today is the day that we leave the planet earth behind.” The end is here. Elyon (Dave Vescio) will lead his Polaris society to salvation. “Our souls must be pure before they move on and we are truly blessed because we’re the chosen ones.” The Polaris parishioners follow Elyon’s promise of paradise through their mass suicide. “Our souls will finally be free, so rejoice my children, rejoice.” Spencer (Andy Gates) and Ursa (Tamzin Brown) are the chosen two amongst the chosen ones who serve as Elyon’s right and left hands. Judgement day is here but someone didn’t drink their Kool-Aid. Spencer and Ursa watch their fellow parishioners fall and go on the run for their lives. Elyon will leave no lost soul behind. There’s no way out of this cult. “Death is only the beginning.”

Writer and director Patrick O’Bell provides an entertaining escape story of cult survival in a gritty filmed feature. The chosen will rise in O’Bell’s version of the Jonestown Massacre. This low budget feature looks it. Clips of creepy things including mass murder piece together a Ring style VHS tape opening. The clip introduction to The Blessed Ones doesn’t lead to the phone ringing but does set the tone for the questionable editing of this pieced together movie.

A deadly promise to a doomsday cult leaves two brainwashed souls fighting for their lives. Their isolated desert survival setting never comes off as being very isolated. The largely unknown cast provides adequate performances for a smaller budget feature with unsung veteran actor Jonathan Erickson Eisley standing tall above the rest as the Elyon’s enforcer Draco. O’Bell’s attempt at a twist ending makes watching this feature for naught but does leave the gates open for the second coming.